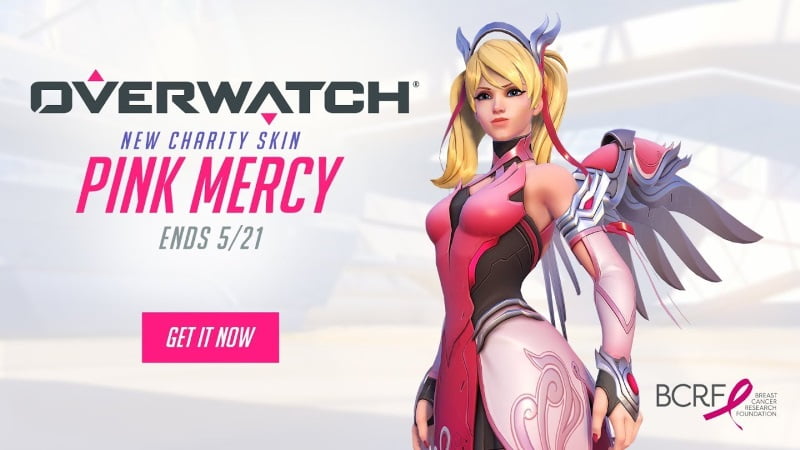 You might not ordinarily spend $15 on an Overwatch cosmetic, but we recommend you pick up the Pink Mercy skin: all the proceeds will go to a brilliant cause.

Overwatch seems to be the one game that’s immune to the ire of the internet around its microtransactions. In part, because there’s no way its cosmetics can have any impact on gameplay, but also, because people really love playing dress-up with their heroes.

The latest Overwatch cosmetic – the Pink Mercy skin – does however cost $15, which would probably have people very upset if not for one crucial detail: all the proceeds will go to charity.

The charity, in case you hadn’t worked it out from the aesthetic of the Pink Mercy skin, is the Breast Cancer Research Foundation.

Breast cancer is the most common form of cancer among women. According to statistics, around 1.7 million new cases were diagnosed worldwide in 2012.

Thankfully due to the work of organisations like the Breast Cancer Research Foundation, survival rates for breast cancer sufferers have been increasing over the years, and are now around 80% .

That work can only continue with charitable funding, however. 88% of all money raised by the BCRF goes directly into scientific research (with 3% for awareness campaigns, and the remainder for operating costs) and in the 2017-2018 period, will award $59.5m in annual grants to scientists working to treat and cure breast cancer.

Crucially, events like this one – featuring iconic characters like Mercy – serve a secondary purpose: they also help to raise awareness of breast cancer, in addition to raising vital funds to support research. Play of the game, Blizzard.