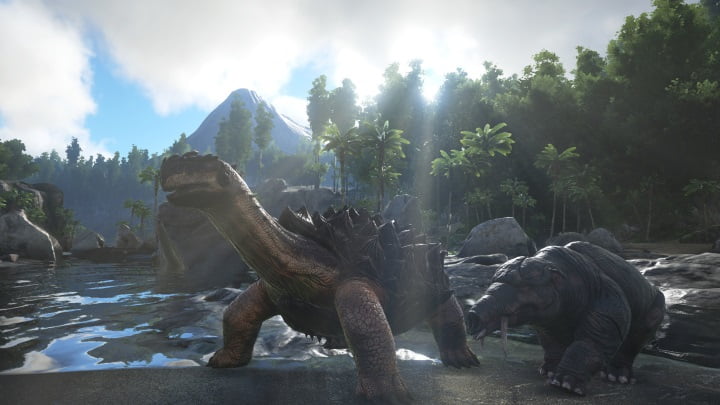 ARK: Survival Evolved Xbox Game Preview is coming to Xbox One on December 16, 2015.

ARK: Survival Evolved has been available on Steam Early Access for about six months. Early Access was originally intended as a long-term public beta platform – and the real-world usage certainly does benefit developers in terms of testing – but in something of a backlash against the uncertainty of crowd-funding, has morphed into an extremely elongated try-before-you-buy process, while simultaneously allowing developers to fund their projects and operating costs based on these early adopters.

The models with which we fund the development and release of games are changing in the digital age, and very few have embraced the Early Access model more than ARK: Survival Evolved. Now, six months before the projected ‘full’ release onto PC, PS4 and Xbox One, the ARK: Survival Edition Xbox Game Preview – Microsoft’s equivalent of Steam Early Access – has been announced and it’s out next week.

“ARK is running beautifully on Xbox One, we’re really proud to deliver the first open-world online survival experience on console, a genre that is typically found only in PC games. Steam’s Early Access has given us a strong method to quickly iterate on player feedback, creating a strong relationship with our fans that constantly makes the game more fun. With Microsoft implementing a similar program, we’re able to form a direct connection between console players and our team, the likes of which has never before been possible.” – Jesse Rapczak, co-creative director and co-founder, Studio Wildcard.

There are also some exclusives available for the ARK: Survival Evolved Xbox One edition:

Here’s hoping the extra testing can prevent the sorts of launch-day issues we’ve seen becoming so prevalent in recent years.