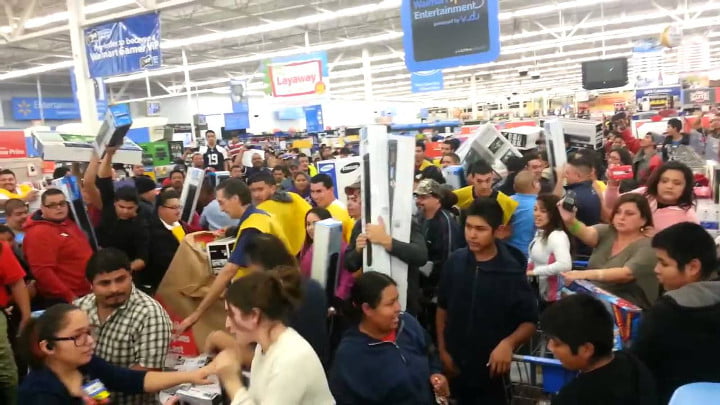 Black Friday can be a bit of information overload. We’re here to help you sort out the best deals and stores.

Ah, Thanksgiving. That most sacred of American holidays, when everyone gathers together to be thankful – mostly that they’ve not been trampled in a Black Friday stampede outside Best Buy at four in the morning.

It can be hard to know where to begin, though, especially for those of us in the UK who are still relatively new to the annual supermarket scrummage. Those scenes of chaos and fighting over discounted televisions from a few years ago have been burned into everyone’s memory; not least because people were literally punching each other over some really terrible tellies.

Luckily Thumbsticks are here to help guide you to the best Black Friday gaming deals in 2016, both at home in the UK, and in the home of the madness, the United States.

We’ll be updating this article periodically over the next two weeks. Have we missed anything? Seen a great Black Friday gaming deal? Let us know in the comments section below and we might feature it in the list.