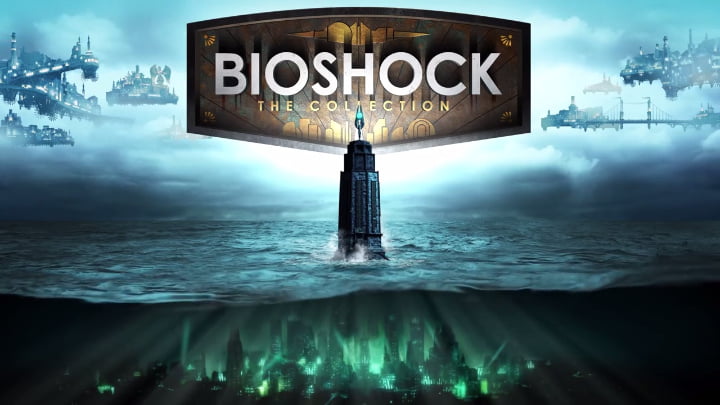 BioShock: The Collection is already out in the US, and will release in the UK and Europe on Friday, September 16. It’s probably been taken for granted by 2K that most people who’ll be buying the remastered collection – that’s why it contains a making of documentary and director’s commentary, after all – but there will be a swathe of gamers for whom this will be their first dive into Rapture, or flight to Columbia.

Avoiding spoilers for BioShock is difficult, to say the least. It’s not the only game to suffer this problem – Final Fantasy VII also has some serious issues in this regard – but in the world of gaming, BioShock is our equivalent of The Sixth Sense or Planet of the Apes.

You’ve probably heard the spoiler for BioShock in idle conversation. Hell, I think we’ve even used it – somewhat out of context, at least – in some of our articles. Three little words. A simple, little phrase. They’ve become such a baked-in part of the gaming dictionary that they’re hard to avoid.

So if you’re excited the latest remastered collection and you’re not familiar with the lore of the series, then you might not want to watch the BioShock: The Collection launch trailer.

Yes, there’s not a lot of context to said spoiler in this BioShock: The Collection launch trailer, and if you don’t know what you’re looking for, then it probably won’t mean anything at all. But in a game where the gameplay and combat are secondary to the setting and the stellar story, to risk cottoning on to of one of the finest reveals you’ll ever see – in any medium, not just gaming – would be a disaster. Watch it at your own risk, folks.

There’s even another obtuse and obscure spoiler at the end of the BioShock: The Collection launch trailer; again it only amounts to a few innocuous words, but could impinge upon the unique storytelling pay-off of the stellar final instalment in the series, BioShock Infinite.

Oh, and BioShock 2 is ace as well, by the way. Don’t think because we’ve not mentioned it here, it’s somehow lesser in the series; there are just no spoilers for it in the BioShock: The Collection launch trailer. Small mercies.

Buy BioShock: The Collection on Amazon.