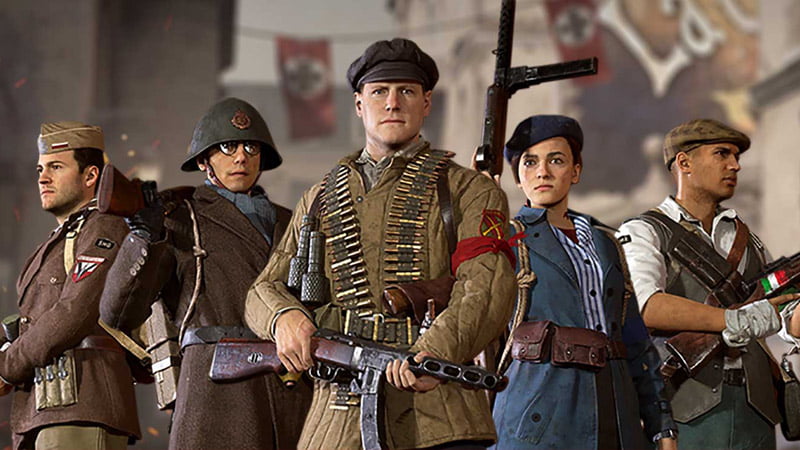 PlayStation 4 owners get first access to The Resistance, the first DLC pack for Call of Duty: WWII.

The Resistance DLC is the first expansion for Call of Duty: WWII and includes three new multiplayer maps, a new War Mode multiplayer mission, and a new Nazi zombie episode, The Darkest Shore.

The new War Mode mission – called Operation Intercept – has been developed in partnership with Raven Software, and sees players lead a rescue mission to retrieve Resistance fighters being transported by train across France.

The DLC release comes during the five-week long ‘The Resistance’ community event. All players currently have access to the new Resistance Division, which features the new Tactical Knife Skill, a Division-specific 9mm SAP Pistol, as well as new perks including the ability to scramble enemy maps. The event also features the limited-time return of the Prop Hunt and Demolition game modes, as well as rotating 2XP playlists across Multiplayer, War Mode and Zombies.

Call of Duty: WWII – The Resistance DLC is available now on PlayStation 4. It’s available to purchase on its own, or as part of the game’s DLC season pass.