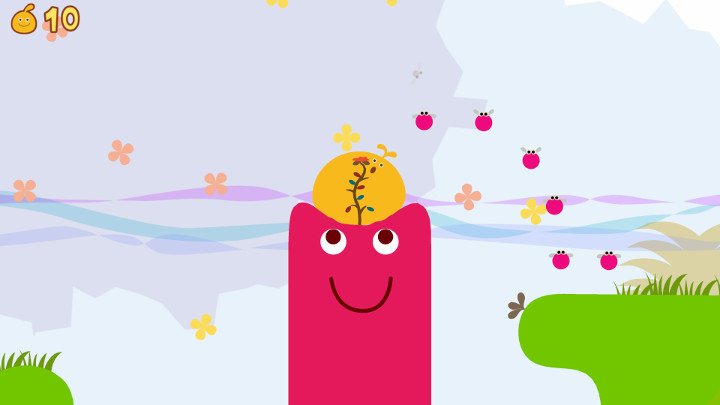 It’s time to go loco for LocoRoco all over again, with LocoRoco Remastered.

Sony’s handhelds have always been fantastic devices. They had great screens and brilliant, industrial design, and – do you know what? This is old ground. I’ll let Keith Stuart from the Guardian take it from here:

“The most successful handheld franchises – Pokemon, Animal Crossing, Cooking Mama, Professor Layton – they’re all reasonably complex experiences, but they’re also really, really cute. They fit the form factor – both physically and psychologically. The PlayStation Portable wasn’t cute. Vita isn’t cute. Both tried to compete, in industrial design terms, with home consoles and with smartphones, dropping into an awkward aesthetic space between the two.”

But that doesn’t mean Sony’s handhelds haven’t also featured some fantastic games, from big budget monsters to indie darlings. It’s also had a natty line in puzzle games, the best of which – for reasons I will never fully understand – involve rolling about, subsuming other things from the environment, and getting bigger.

Yes, we can only be talking about two games, My Beautiful Katamari and LocoRoco, and now the latter is remastered and re-released on PS4.

There’s not too much more to say about LocoRoco Remastered, really. You roll a gelatinous blob around a gloriously effervescent 2D platform environment, solving a few minor puzzles and some light platforming, and it’s great fun.

It’s great, and if you’ve not played it the first time around on PSP, then now’s your chance to experience a delightful game – LocoRoco Remastered is out now from the PlayStation Store.

Go loco, then. You won’t regret it.