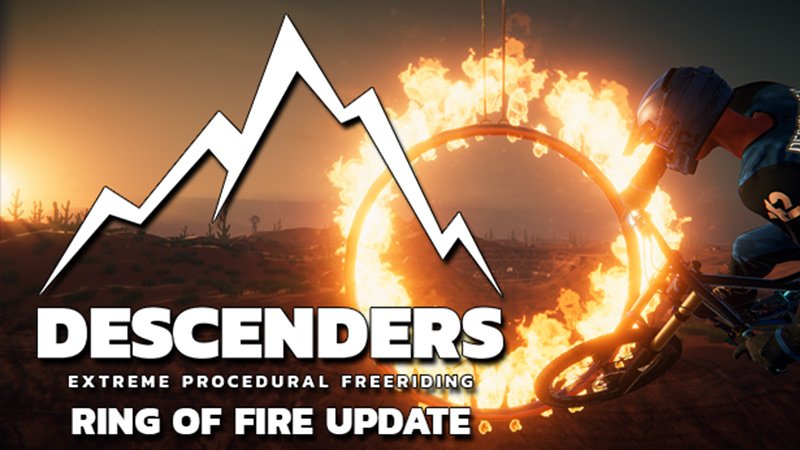 Descenders, the procedurally generated downhill biking game from RageSquid, gets a hot new update next week.

The Ring of Fire update will be released on PC and Xbox One on August 7, 2018, and adds a brand new Volcano world based on the real-life Ring of Fire area in the Pacific.

The new world promises to test even the most hardened Descenders players by swapping the stunts parameter for all-new tectonics.

Accessing the Volcano world won’t be a ride in the park either. It can only accessed be completing special in-game requirements. The clue to success can apparently be found in the title of the update. We’ll say no more.

The update also includes some brand new bonus levels – including a new secret level – new bikes and kits to unlock, and some new Freeride options.

In our review, Tom Baines said, “Descenders is undoubtedly a very pretty and – under the right procedural circumstances – mechanically fun-to-play mountain biking game.” And with RageSquid’s steady stream of content updates, the game looks to have got even better since launch.