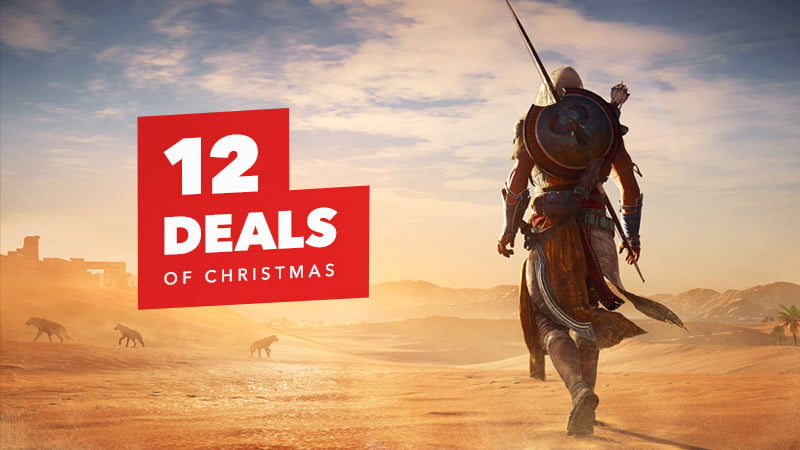 Here’s the fifth game to be included in the PlayStation 12 Deals of Christmas sale.

December’s PlayStation Store campaign continues to inch down the chimney, with a series of discounts applied to Assassin’s Creed Origins. The Standard and Deluxe editions receive a 36% reduction, and the Gold Edition gets a slightly less generous 27% cut.

Ubisoft’s ancient Egyptian adventure has given the long-running franchise a much-needed boost, with many reviewers appreciating the game’s small, but significant, changes.

In our review, we said: “Ubisoft has found an oasis in the desert. It’s refreshing, blending sensible new mechanics with an established formula; moreover, it feels as though it was designed by a team with their eyes and ears open.”

PlayStation’s 12 Deals of Christmas discounts a new game every two days until December 24, 2017. The first week of the campaign has seen price cuts on Crash Bandicoot N. Sane Trilogy, NBA2K17, Grand theft Auto V and Need for Speed Payback. Each discount is only available for 48 hours, so don’t dawdle.

We’ll have the next sale update on Sunday.