Let’s be honest for a moment: In terms of re-issuing Final Fantasy titles, everybody’s pretty hung up on the remake of Final Fantasy VII. It’s only natural. It’s kind of a big deal.

But in recent years, Square Enix have been on a relentless quest to re-issue, port and re-release every other Final Fantasy game ever made. Except for the original Final Fantasy Tactics, obviously. That would be a silly idea… 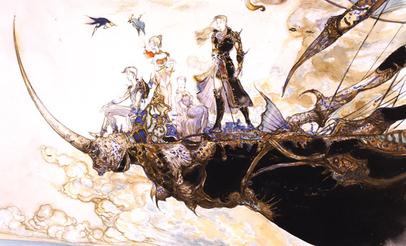 We’ve seen these ports on handheld consoles like the Nintendo DS and the PSP, and they’ve generally been quite reasonable. We’ve seen them on mobile devices which – given the variety in devices, screen sizes and resolutions, and the horrid nature of using on-screen, touch-screen controls – has seen varying degrees of success; and we’ve seen them on PC.

Twenty-plus year old RPGs on modern PCs make for a bit of a strange animal. They’re often ports of the previous mobile ports, because the mobile resolutions are higher resolution than the console originals, which can lead to some odd effects. Yes, you can have proper controls – which is rather lovely – but it can result in some quirks visually and other strange effects.

Judging by the early reviews on Steam, Final Fantasy V features these inconsistencies too. It’s probably still a bit more reliable than emulation, though.

You can also pick up Final Fantasy V as an instant download from Amazon.