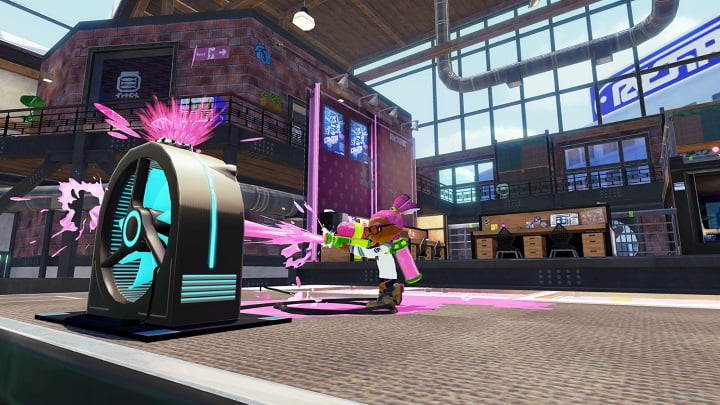 The final Splatoon map itself is set in the headquarters of fictional developer Ancho-V Games, the company that is responsible – within the world of Splatoon – for the mini-games that are playable from the in-world arcade machine. Nintendo mentioned the addition of some unique map elements for the Ancho-V Games arena:

One feature of this stage are the PC-fan shaped propellers that can be inked to move portions of the floor. Use these to exploit the stage’s verticality and gain the high ground over your opponents.

Which is interesting. We’re still not sure what the plans for the title will be following the final Splatoon map and weapon releases this month – whether there will be any paid DLC or the game is now as-is forever – but Nintendo did perhaps drop a little bit of hope at the end of their announcement, if you’re into reading things optimistically:

Get splatting and buy Splatoon on Amazon.