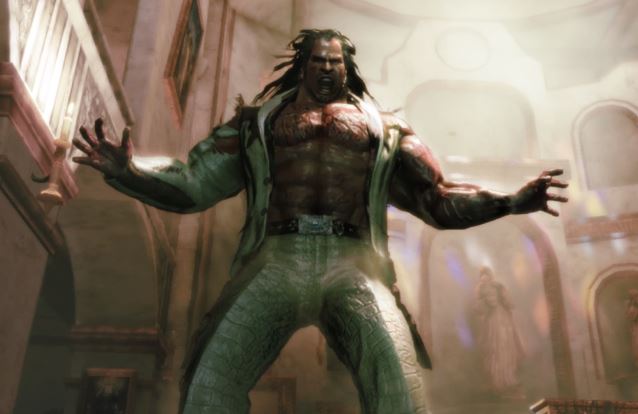 Itagaki’s Devil’s Third is coming to Wii U on 28th August.

It’s hard to know what to make of this game, never mind its chances of finding success on Wii U.

Nintendo’s machine has quietly forged an impressive line-up of fighting titles with the likes of Bayonetta 2, The Wonderful 101 and Super Smash Bros. all earning plaudits.

These games have helped make the Wii U a compelling purchase for enthusiasts of kicking and punching.

Nonetheless, Itagaki’s new opus is an odd match and it will be fascinating to see if the game can find a decent audience. Rather grimly, the Wii’s Mad World springs to my mind.

So what else do we know? Well, the game is a single and multiplayer, third-person action game that blends military weaponry, swordplay and melee combat. The online component is pitched as a clan-focused battler based on territory defence.

Devil’s Third’s story sounds beautifully clichéd, coming straight from the Snake Plissken school of story-telling. The game follows Ivan, a former mercenary let loose from his incarceration to right the wrongs of his past and take down a shadowy terrorist group he once belonged to.

The trailer doesn’t make things much clearer, but then what else should we expect from the mind that brought us Dead or Alive?

Devil’s Third releases in Europe on 28th August, at retail and on the Nintendo eShop.

Prepare for the release of Xenoblade Chronicles 3 with these fantastic soundtrack samples.
1 minute read
© 2022 Thumbsticks | Interesting articles about video games.