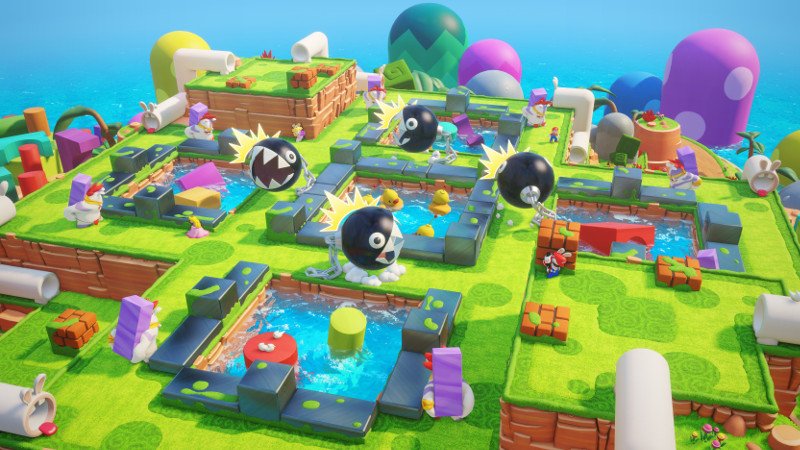 The most unlikely success story of Nintendo’s 2017, Mario + Rabbids Kingdom Battle, gets some ultra-challenging DLC as part of its season pass.

For the longest time, Nintendo has resisted DLC, and sharing Mario with anybody else. Now, they’ve published an Ubisoft-developed game featuring those infernal Rabbids, and are slinging DLC left, right and centre.

Oh. That was a short list, wasn’t it? When the press release opened up with bullet points, we thought it was going to be bigger than that. Still, the co-op mode sounds fun.

Here’s a video to give you a little taste of what’s in the Ultra Challenge Pack:

The Mario + Rabbids Kingdom Battle Ultra Challenge Pack DLC is available now as part of the game’s season pass, which you can pick up now from the Nintendo eShop for £15.99.

Presumably that means there’s more to come, but we don’t know what that will be yet.