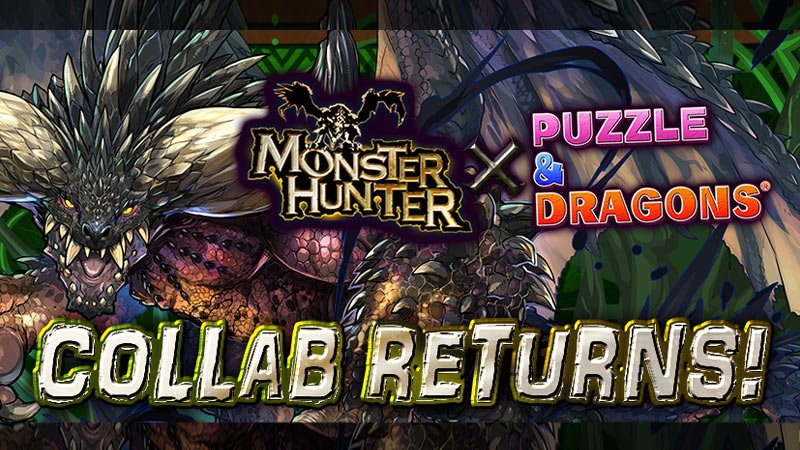 From today until February 4, Puzzle & Dragons players can take up arms against the fierce beasts of Capcom’s long-running Monster Hunter series.

The collaboration between the two franchises – which coincides beautifully with the launch of Monster Hunter World on PC and console – pits players against the mutant-horned Massacre Demon Diablos, and adds two multiplayer dungeons to tackle. The second dungeon marks the debut of the fan-favourite monster, Nergigante.

During the ‘collab’, players can pull from the 10 Magic Stone Monster Hunter Egg Machine, as well as collect evolution materials in dungeons for the Male Hunter and Female Hunter to perform Ultimate Evolutions.

Puzzle & Dragons recently surpassed 62 million downloads worldwide. The game is super addictive – and probably bad for you – but if you haven’t tried it yet, it’s available to download for free from the Apple App Store, Google Play, and Amazon Appstore. Don’t say we didn’t warn you.

Monster Hunter Worlds is released this Friday on PlayStation 4, Xbox One, and Windows PC.