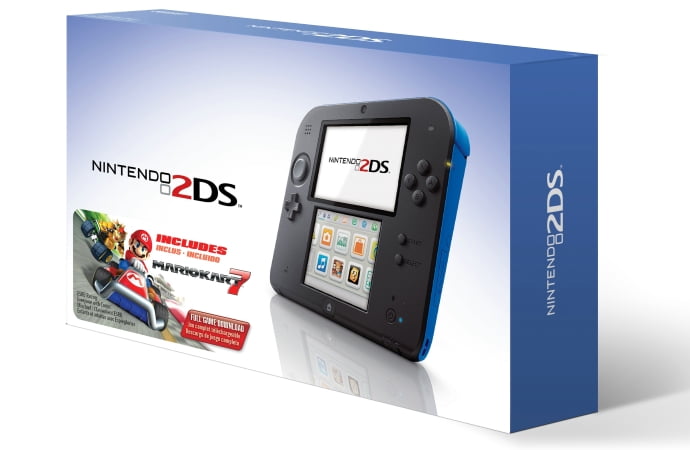 Nintendo 2DS has always been the extreme value proposition of the Nintendo lineup.

In addition to being physically larger and more awkward to carry around than its more refined brother, the 3DS, the Nintendo 2DS is also missing the console’s trademark titular 3D effect – the clue’s in the name, folks.

But the flip-side of all that is that the price. The Nintendo 2DS price has always been significantly less than that of the 3DS. Less features, less portability, less cost. It’s only fair.

Nintendo have since suggested that the Nintendo 2DS retail price in the US drops, from an already astonishingly low $129.99, to a ludicrously cheap $99.99. Even at this new lower price, you can still pick up the Nintendo 2DS console in a bundle with the wonderful Mario Kart 7, very much one of the flagship titles of the handheld console.

“At a suggested retail price of $99.99, Nintendo 2DS is an even more attractive introductory option for first-time gamers,” said Scott Moffitt, Nintendo of America’s Executive Vice President of Sales & Marketing. “The new lower-priced hardware combined with the strong lineup of new games launching this year and arguably the best library of games in this generation makes it a great time to be a Nintendo fan.”

The change in retail price will be reflected on August 30, 2015. There’s no indication yet that similar price drops will happen in other territories (like the UK and Europe) but here’s hoping.