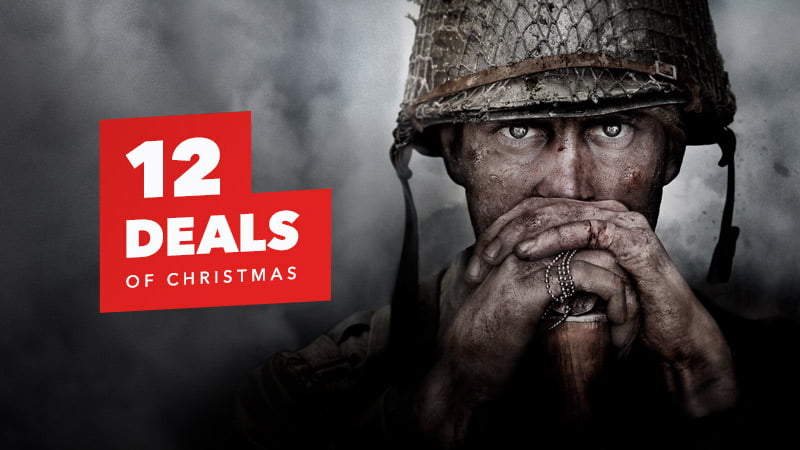 Here’s the ninth title to be included in the PlayStation 12 Deals of Christmas gaming campaign.

Santa’s boots are on the ground in the ninth game to be featured in Sony’s PlayStation 12 Deals of Christmas promotion.

This time it’s a measly 27% price cut for Call of Duty: WWII. The Digital Deluxe edition is also reduced, receiving a 23% discount, which brings its price down £64.99 in the UK.

To be honest, that doesn’t feel like much of a bargain to us. Nonetheless, Call of Duty: WWII‘s back-to-basics approach has been a critical and commercial success, so if you’ve been hesitant to pick it up, now’s a good time. You have two days to take advantage of the offer.

PlayStation’s 12 Deals of Christmas campaign sees the price of a new video game reduced every two days until December 24, 2017. The sale has so far featured discounts on titles including Star Wars Battlefront II, Assassin’s Creed Origins, Grand Theft Auto V, and NBA2K17, to name a few.

We’ll have the next sale update on Monday. Come on, Sony, give us Knack II.