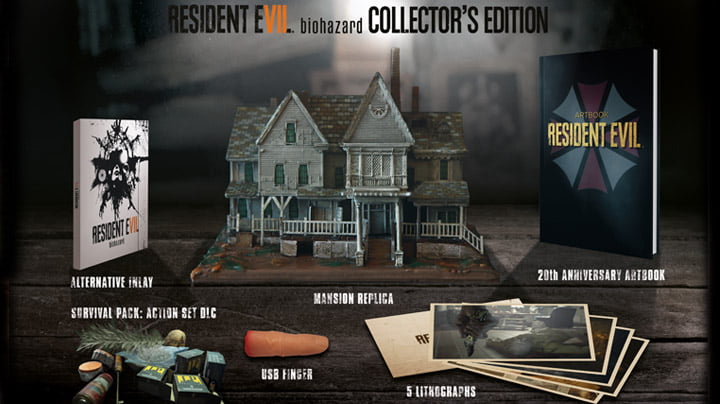 The European Collector’s Edition of Resident Evil 7 – Biohazard is now available to pre-order and comes complete with a spooky dolls house.

Need more clutter for your gaming museum? Of course not, but perhaps you’ve always wanted a USB thumb drive shaped a bit more like a dismembered finger? If you have, then the Resident Evil 7 Collector’s Edition is just for you.

The just announced Collector’s Edition is now available to pre-order in UK exclusively at GAME and Amazon. In addition to the finger drive, the limited edition pack also includes a seven-inch tall model replica of the game’s Baker Family Mansion location, an art-book and alternative sleeve cover. Also included is immediate access to the game’s Madhouse difficulty setting – which we assume to be really hard – plus the Action Set DLC.

The steel-book version of Resident Evil VII is also available to order now and is exclusive to GAME, which kinda sucks.

Capcom has announced that Dragon’s Dogma 2 is now in development.
2 minute read

Save up to 90% on these Nintendo 3DS Capcom classics, while you still can

Capcom is discounting some of its best Nintendo 3DS games for a limited time.
1 minute read