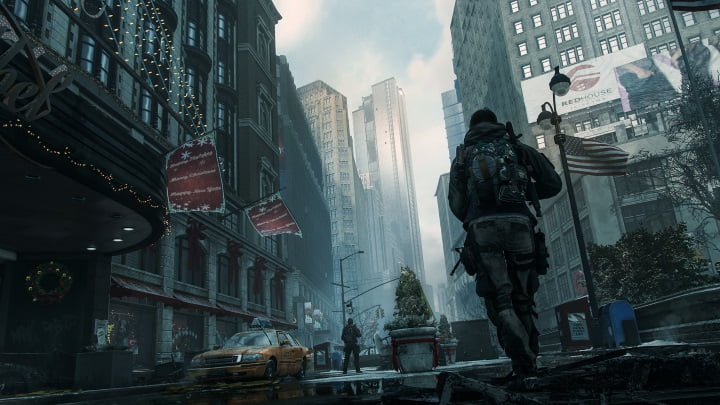 People have been utilising a loophole in the order now/pay later nature of pre-orders to get onto The Division PS4 Beta without actually committing to buy the game. Essentially the idea was to ‘purchase’ a pre-order of the game from the PlayStation Store, download The Division PS4 Beta client, and then cancel the pre-order without paying a penny.

Clever? Undoubtedly. Immoral? Hmm, not sure. Possible? Not any more!

Eurogamer have, in the last hour, noticed that they weren’t able to perform this loophole on a PS4 in their offices down in Brighton: new pre-orders for The Division aren’t conferring beta access. Presumably this means The Division PS4 Beta loophole is now closed for everyone, but there’s been no official word from Ubisoft to confirm this.

Perhaps it was in Ubisoft’s interest to have as many players in The Division beta as possible; it would certainly have given them the biggest amount of testing data possible, and would have allowed them to thoroughly stress-test the platform’s infrastructure.

We don’t doubt that the anarchic-minded players felt they were sticking it to the man (or something) by circumventing the evil pre-order process, but on the other hand, if Ubisoft were utilising pre-order numbers to gauge exactly what infrastructure power to throw at the game’s full release – including multiplayer servers and network bandwidth on their hosting – then having completely skewed beta statistics could mean they massively over-provision. This would in turn cost them a lot of money, and a big loss on the game’s early revenues might impact what level of on-going support The Division would receive.

Either way, it looks you can’t get onto The Division PS4 Beta by this means any more.

You can still actually pre-order The Division from Amazon, if you really want to.