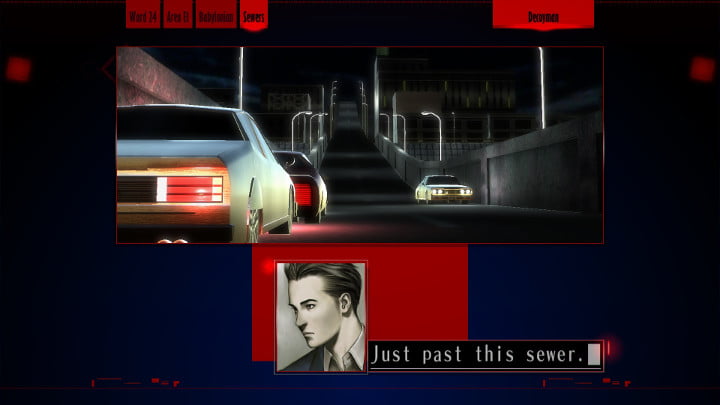 You wait 17 years to play Suda51’s first game, and then two versions come along at once.

There are some uncharitable sorts out there, who make unkind jokes about playing games on Macs. You’ve probably seen the memes, of people using Macbooks as mouse mats while gaming on PC, but the available library for Apple’s expensive shiny hardware is growing all the time.

A 1999 PlayStation game with incredibly basic, static graphics probably isn’t helping to lessen that PC snobbery, but the latest is quite important: it’s the HD remaster, and first official Western release of Suda51’s very first game, The Silver Case.

The Silver Case Mac version is, by virtue of it’s visually simplistic nature, identical to the recent PC remaster. There’ll be no issues for Mac users with integrated graphics here; the game will likely run on the oldest and slowest Apple hardware without any bother. Anything that brings a culturally important part of gaming’s history to a wider audience can only be a good thing.

If you’re not sure why that’s important, then read our recent review.

The Silver Case Mac version launches on November 7, 2016. You can pick it up from Steam.