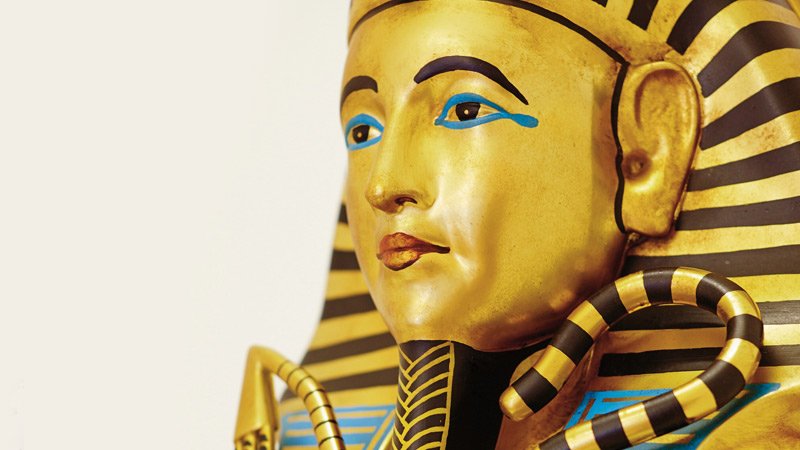 To mark the release of Assassin’s Creed: Origins, Ubisoft stick a television on a coffin.

Ubisoft have lifted the lid on something quite amazing: a ‘one of a kind’ machine-crafted sarcophagus replica, inspired by the Egyptian pharaoh of the 18th dynasty, Tutankhamun.

It’s a beautiful and remarkable piece of work, but, marketing being marketing, the sarcophagus has also been mounted with an HD TV screen and Xbox One X. Classy stuff, Ubisoft.

The sarcophagus was built using a combination of the latest printing and machining technology. Beginning with data-mapped imagery from Assassin’s Creed Origins, a three-dimensional mage of the sarcophagus was created by London-based 3D printing specialists, Hobs Studio. The main body was then machined from wood, using Computer Numerical Control technology.

Finally, an HD TV was glued to the crotch.

“This has been an extremely exciting project to be involved in. The process of bringing together a multitude of different technologies is no mean feat, but we worked closely with Ubisoft to ensure that every part of the process told a story and merged the old with the new to create something magnificent.”

“As a publisher at the heart of the latest technological advancements in the video games industry, we really wanted to showcase another innovative technology, alongside one of the most powerful images associated with Ancient Egypt – our new in-game setting in Assassin’s Creed Origins. The final result is a stunning replica of a Sarcophagus, while adding a fun, gaming twist to the famous design.”

So, beautifully done, but poor job with the Xbox. Still, it’s much better than these Assassin’s Creed Origins tie-in Yeezys.

Assassin’s Creed Origins will be available on October 27th, 2017, for the Xbox One PlayStation 4 and Windows PC.