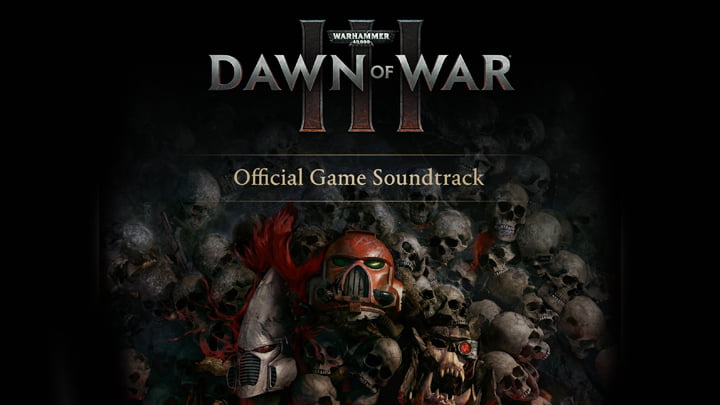 Sumthing Else Music to release the official Warhammer 40,000: Dawn of War 3 soundtrack on Tuesday.

Warhammer 40,000: Dawn of War 3 – the third instalment in Relic’s log running RTS series – was released last month to a generally positive critical response. The tone of the reviews suggest the game doesn’t take any spectacular leaps forward for the series, or the genre as a whole, but it nonetheless presents an enjoyable challenge set in a rich universe.

The game features an original score by Paul Leonard-Morgan. Although Leonard-Morgan is a relative newcomer to games composition, he won a Scottish BAFTA for his work on the movie Reflections upon the Origin of the Pineapple, and also been nominated for an EMMY and Ivor Novello award.

From what we’ve heard, Leonard-Morgan’s score is a suitably grindy and dirty accompaniment to the battle for galactic supremacy in the forty-first millennium.

The Warhammer 40,000: Dawn of War 3 soundtrack will be released on Tuesday May 9 via digital and streaming platforms, with a physical CD release to follow.

You can get digital copies of the score through iTunes and the Sumthing Else Music website, or you can pre-order the CD edition via Amazon. Sumthing Else have also recently released the original game soundtracks for Steep, Halo Wars 2, and Resident Evil 7.