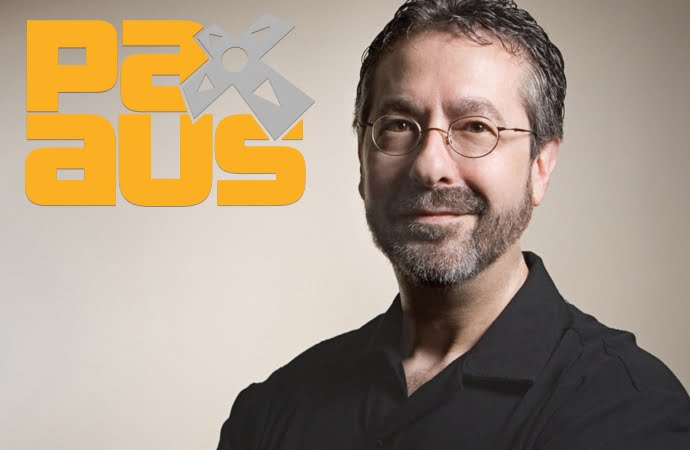 PAX Australia are bringing out the big guns.

PAX is one of the world’s biggest gaming shows, but I’d wager not everyone knows how it got started.

The crew over at Penny Arcade – yes, the funny little gaming comic that’s been going since 1998 – were lamenting the lack of an event that celebrated gaming culture, far away from the corporate advertising fests of E3 and its ilk. So, they set one up.

The first Penny Arcade eXpo was held in 2004 in Bellevue, Washington (the state, not DC) and was attended by around 3,300 people. By 2007 PAX had outgrown its original venue and relocated to the Washington State Convention Center in Seattle, WA, and was that year attended by 39,000. It nearly doubled in size again over the next two years, and by 2010 held a second event – PAX East, in Boston – and from that moment on, the growth of PAX and it’s regional events continued apace.

Fast forward to 2015 and PAX have just announced who the opening keynote speaker will be at PAX Australia, and it’s only Warren Spector!

Industry veteran of thirty years, with such venerable titles as Thief, System Shock, Wing Commander and the original Deus Ex under his belt, Warren Spector is a big name for the folk at PAX Australia to coax over the Pacific. It’s not entirely unexpected, though; Spector currently spends his time as Director of the Denius-Sams Gaming Academy at The University of Texas at Austin, so he’s clearly well-invested in inspiring the next generation of developers.

Spector will deliver his storytime keynote on Friday, October 30th, the opening morning of PAX Aus 2015.

PAX Australia will be held at the Melbourne Convention and Exhibition Centre from 30 October to 1 November, 2015 and is organised by ReedPOP in conjunction with Penny Arcade.

Single day passes and 3-day international passes are still available and can be purchased online at www.paxaustralia.com.au/registration