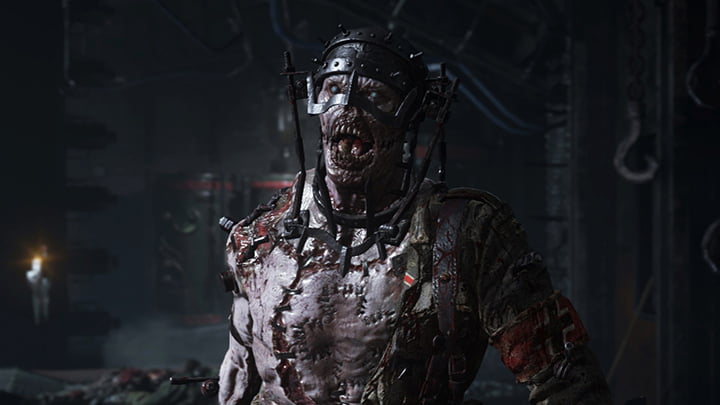 Welcome to our weekly video games roundup, featuring the most important – and occasionally exciting – news stories from Thumbsticks and elsewhere on the web.

This weekend’s Pokémon Go Fest in Chicago has been a bit of a shambles, with long lines, overcrowding, and poor server connectivity meaning many players couldn’t catch a dickie bird. Attendees let their frustration known by giving Niantic CEO, John Hanke, a right proper booing as he took to the festival stage.

In more positive Pokémon Go news, it was announced that Lugia will be the first legendary Pokémon added to the game, who will be followed by Articuno later this year.

PlayerUnknown’s Battlegrounds is getting a first person only mode

Although predominantly played in third-person, PlayerUnknown’s Battlegrounds does offer players the ability to battle with a first person viewpoint. Naturally, the small FOV doesn’t make for a completely level playing battleground. To remedy this, PlayerUnknown announced on Twitter that first person-only servers will be introduced in the game’s next monthly update, and will #MakeHardcoreGreatAgain.

Given how seriously Activision appear to be taking Call of Duty: WWII‘s setting, the news of a zombie mode raised a few eyebrows. That said, it appears that Sledgehammer are taking a more horror-centric approach this time round, with a darker story, and voice work from David Tennant, Elodie Yung and Ving Rhames. It sounds like an improvement on David Hasslehoff, we’ll say that. Activision’s Kevin Kelly reveals more about this new take.

Nintendo continues its strong run of first-party releases with Splatoon 2. The Switch sequel expands on the original, and has been met with a positive response from most reviewers. Caty McCarthy, writing at US Gamer, says, “Splatoon 2 is a much stronger game at launch than its original ever was through its whole lifespan, and for that, is easily one of the best games one can own on the Switch.” This sentiment is shared by Martin Robinson at Eurogamer, who says, “By any reasonable measure, this is a better game than its predecessor, and not just on quantity alone.” Polygon’s Chelsea Stark also speaks for many in praising the game’s new Salmon Run mode, “Salmon Run is Splatoon 2’s biggest surprise. The mode feels like a real challenge compared to the game’s other offerings.”

So that’s all completely positive, then.

We all know that Nintendo likes to do things the hard way. This week also saw the release of the Nintendo Switch Online smartphone app, and it’s a mixed bag. Let’s start with the good. The SplatNet 2 channel – which displays in-depth game stats, and provides an opportunity to order fresh gear – is pretty amazing. A job well done. The app’s voice chat functions, however, are a complete shambles. As Kotaku nicely summarise, voice chat only works if the app is constantly open, and setting up a private group is needlessly long-winded. Collective sighs all round.

Wargaming – creators of World of Tanks and World of Warships – have agreed a partnership with UK-based developer Splash Damage to produced a number of new multiplayer-focused games.

Doomfist comes to Overwatch this week

Blizzard have confirmed that Doomfist will be leaving the Playable Test Realm and making his full Overwatch debut on July 27. Catch up with the story so far by watching Doomfist’s bone crunching origin story.

Casey Hudson, executive producer on the original Mass Effect, has returned to BioWare as its new general manager. Writing on the BioWare blog, Hudson said “I’m thrilled to have the opportunity to return to lead BioWare – a studio that I think of as home.” Outgoing GM, Aaryn Flynn, also reflected on his 17 years at the company, and thanked players for their support.

The 2018 Game Developers Conference – which will be held from March 19-23, 2018 in San Francisco – has opened its call for papers. Submissions are welcome for the following conference tracks: Advocacy, Audio, Business & Marketing, Design, Production & Team Management, Programming and Visual Arts. You can submit your lecture, panel, or roundtable until Thursday, August 17 via the GDC website.

Chloe Spencer, writing at Kotaku, looks at the strange tale behind of the development of the Wii U’s A Day At The Carnival. Also recommended is Matt Leone’s fascinating look at the challenges, pleasures and pitfalls of running an independent game store.