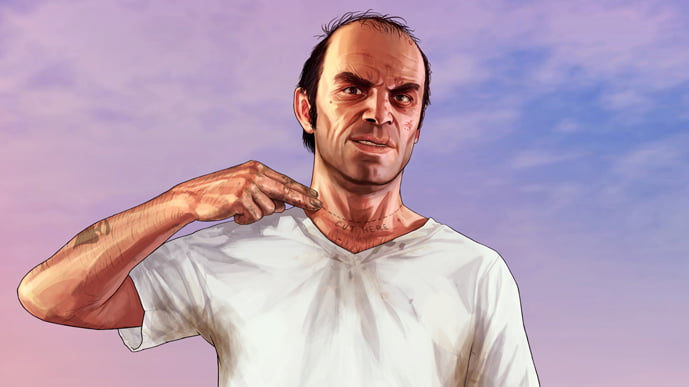 Here’s our weekly round up of the most thrilling and important news stories from the world of video games.

With E3 over, it’s been a quiet week for thrilling video game news, but there were a few nuggets here and there.

The dust has finally settled on E3. Here at Thumbsticks, James Sweeting took a closer look at Nintendo’s pioneering digital-first approach. Elsewhere, Kotaku’s Nathan Grayson follows up on reports of robberies and lax security at this year’s event. Christopher Dring, over at GamesIndustry.biz, hears from ESA president, Mike Gallagher, on the future of E3 following this year’s introduction of 15,000 members of the paying public.

It was quite charming to see the enthusiastic Mayor of Los Angeles, Eric Garcetti, officially open E3 earlier this month. However, it will be the organisers of Gamescom who win this year’s Ribbon Cutter Award, with the news that German Chancellor, Angela Merkel, will be on hand to open Europe’s biggest video games expo.

“The visit of Dr. Merkel underlines the importance of the games industry for the cultural, digital and business location of Germany. Whether virtual reality, gamification or 3D simulations: the technologies of the games industry already play a central role in the digitalisation and networking of the economy and society.”

Giants Software have announced a November release for Farming Simulator 17 Platinum. The new edition adds a new South American landscape with its own unique vegetation, railway network, local cows, and sugar cane crops to harvest. Farming Simulator 17 Platinum will be available on PlayStation 4, Xbox One, PC and Mac from November 14, 2017. If you already own the game, the new content will be available as a DLC expansion on the same day.

Pillars of Eternity comes to console

Paradox Interactive and Obsidian Entertainment have announced that the popular PC RPG, Pillars of Eternity, is heading to consoles. Pillars of Eternity: Complete Edition includes the White March expansions, and will be released on August 29th for PlayStation 4 and Xbox One. Paradox say that the control scheme will be tweaked for consoles, but our man Tom Baines is slightly dubious about that.

This week saw a huge – and much-needed– update to mobile phenomenon, Pokémon Go. The update adds a host of changes to gyms, and introduces co-op Raid battles. The roll-out of the Raids has been gradual, originally only open to players ranked level 31 or above. The level cap has since been reduced to a more reasonable 25. If you complete a raid, you will receive a number of Premier Balls, TMs to change your move sets, a Rare Candy, and a Golden Razz Berry. Happy days indeed. You can find full details on the Pokémon Go website.

Develop:Brighton has announced the nominees for its seventh Indie Showcase. It’s another eclectic and imaginative range of games that will be worth seeking out if you are attending this year’s conference. Although the Showcase winner is selected by a panel of industry experts, conference delegates can vote for their own favourite in the Peoples Choice award.

Call of Duty: Modern Warfare Remastered – which was previously only available to owners of Call of Duty: Infinite Warfare – is getting a standalone release. The game will be available on PlayStation 4 at retail and via the PlayStation Store, from Tuesday June 27, 2017.  The release includes the full single-player campaign and 16 multiplayer maps, but does not include the Variety Map Pack, which remains available to buy separately. Activision say that the game will come to other platforms in due course. Sweet of them.

After much debate – and Grand Theft Auto V‘s Steam page being inundated with negative reviews – Rockstar Games have clarified their position on user-created mods. The statement comes after a negative reaction to Take-Two’s cease-and-desist order against the creator of modding tool, OpenIV. Rockstar Support said “Take-Two has agreed that it generally will not take legal action against third-party projects involving Rockstar’s PC games that are single-player, non-commercial, and respect the intellectual property (IP) rights of third parties.”

Get Even critical response

After a one month delay, The Farm 51’s Get Even was released this week to lukewarm reviews. Matt Kaman, writing at Wired, found the gun play lacking, and the games’s environments “a repetitive series of claustrophobic corridors, grim woodlands, or darkened office buildings. Its conflates misery with maturity and ends up feeling bland.” Eurogamer’s Edwin Evans-Thirlwell echoed the sentiments of many critics by praising Get Even‘s audio design, saying “Olivier Deriviere’s score hugs the action closely, mixing orchestra with metallic ambient reports and distant bass notes in gentle mimicry of Silent Hill maestro Akira Yamaoka.” In our review, Josh Wise, struck a slighty more positive note, saying “There’s a rough-cut, lo-fi patina to Get Even that adorns its good ideas like graffiti.”