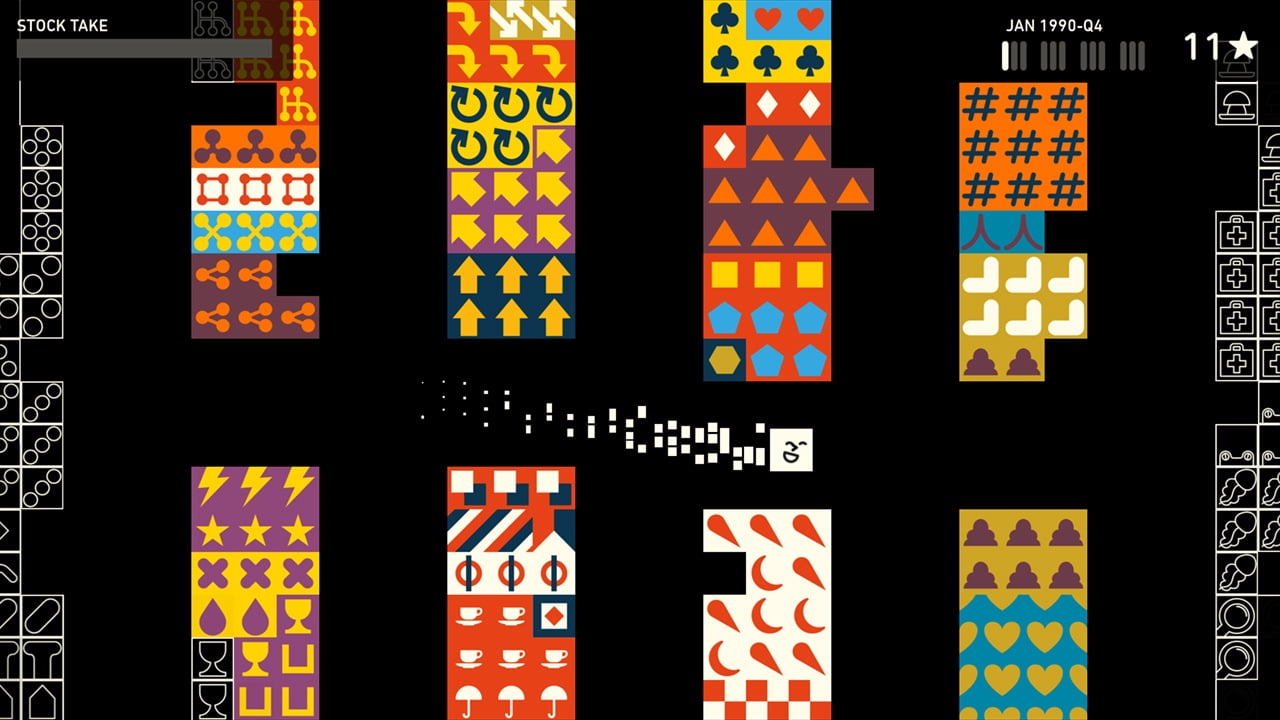 After a long time with a “delivery pending” status, Wilmot’s Warehouse is now available on Playstation 4 and PlayStation 5.

Here’s a quick heads-up to let you know that Wilmot’s Warehouse, one of the best puzzle games released in the last decade, is now available on the PlayStation Store.

This exquisite and soothing puzzler – developed by By Richard Haggett and Richard Hogg – puts players in charge goods arriving at a warehouse. So far so simple, but as random products keep arriving, you had best find a way of organising everything. The game’s magic idea is that every delivery can be sorted and stored according to its colour, icon, or even the Dewey Decimal System. As long as it makes some sort of sense, it will work.

This cool concept comes packaged with stunning, abstract visuals and a hypnotic soundtrack from Eli Rainsberry.

Take a look at the game’s trailer and then arrange for delivery to your gaming platform of choice.

Visit the Thumbsticks new releases page for the latest Xbox, PlayStation and Nintendo Switch games. And follow us on Flipboard, Facebook, Google News, and Twitter for a regular dispatch of video game news.