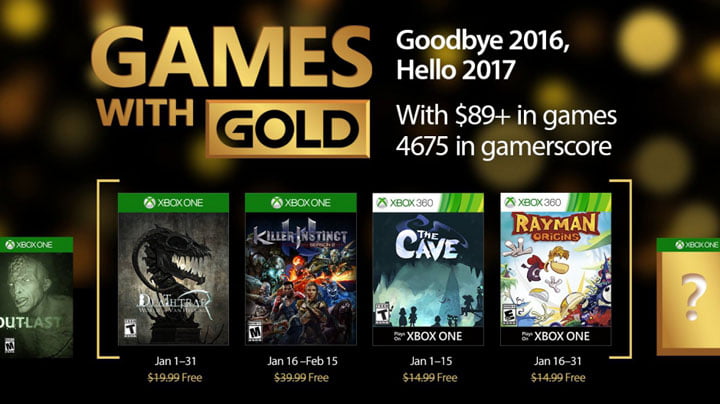 Here are the four titles coming to Xbox Games With Gold in January 2017.

Over on Xbox 360 – and Xbox One through the magic of Backwards Compatibility – are two bonafide gems in the shape of Double Fine’s The Cave and Ubisoft’s spectacular platformer, Rayman Origins.

There’s still time to pick up two of last month’s Games with Gold releases: Sleeping Dogs: Definitive Edition and Burnout Paradise. If you’ve never played the later we urge you to pick it up before it’s too late. It’s the perfect game to play over the Christmas break and is still one of the best racing games released in the last decade.