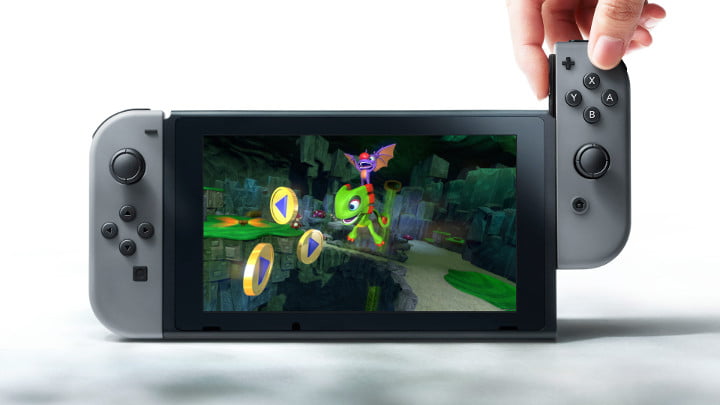 You wouldn’t think Nintendo’s ailing console had any more room for nails in its coffin, would you?

People are a little bit excited about Yooka-Laylee. That’s not to say there haven’t been other retro-themed character platformers with excellent heritage recently, but they – and we’re looking squarely at you here, Mighty No. 9 – have been pretty disappointing.

With that in mind, if Playtonic’s reworking of Banjo-Kazooie had gone onto Kickstarter today it might have been met with more skepticism, but it raised just over 2 million quid back in summer 2015 and was looking to hit all the major platforms: PC, PS4, Xbox One, and of course, Wii U.

We can scratch that last one off the list, however.

Today Playtonic have announced that the long-awaited – and only slightly delayed, certainly compared to other games on Kickstarter – Yooka-Laylee will launch on April 11, 2016, on PC, PS4, and Xbox One. This announcement has served as confirmation that backers will unfortunately not receive a copy of Yooka-Laylee for Wii U, even though that was one of the options backers could take as a reward.

In its place will be a shiny new Yooka-Laylee Switch version, which we’re still expecting to launch around the same time, but given that Nintendo haven’t officially confirmed the console’s release date yet that’s still up in the air to a certain extent.

Is the Yooka-Laylee Switch announcement simply a reaction from Playtonic to the Wii U going end of life? Not entirely.

“We’re sad to announce that despite our best efforts and exploring every possible avenue, we have encountered unforseen [sic] technical issues that unfortunately mean it will be impossible for us to release Yooka-Laylee on Wii U as initially planned.

“We can however confirm today that we are working very closely with Nintendo to look to bring Yooka-Laylee to the upcoming Nintendo Switch. We’re thrilled to be able to explore the opportunity and more details will be shared in early 2017. Of course, any backers who pledged for the Wii U version will be able to move their pledge to any of the versions launching on April 11th or upgrade to the Nintendo Switch™ version when we announce further details in 2017. Thanks again for your incredible support.” – Gavin Price, Studio Director, Playtonic Games.

So while the death of the Wii U didn’t directly contribute to the decision to move Yooka-Laylee to the Switch, the fact that the lack of horsepower that plagued the console – particularly in relation to ongoing third-party support – is in evidence again. At least, on an anecdotal level, this shows that the Nintendo Switch should have more grunt than the Wii U, if the Playtonic team are confident that a Yooka-Laylee Switch release will be feasible where a Wii U release wasn’t.

Disappointed Kickstarter backers will be able to switch their reward from the Wii U to one of the other platforms, including the Nintendo Switch, when available.

Don’t know what all the fuss is about? Check out the Rare Replay on Amazon.

Header image is a mock-up, by the way. If Nintendo can fake Switch screenshots, then so can we.