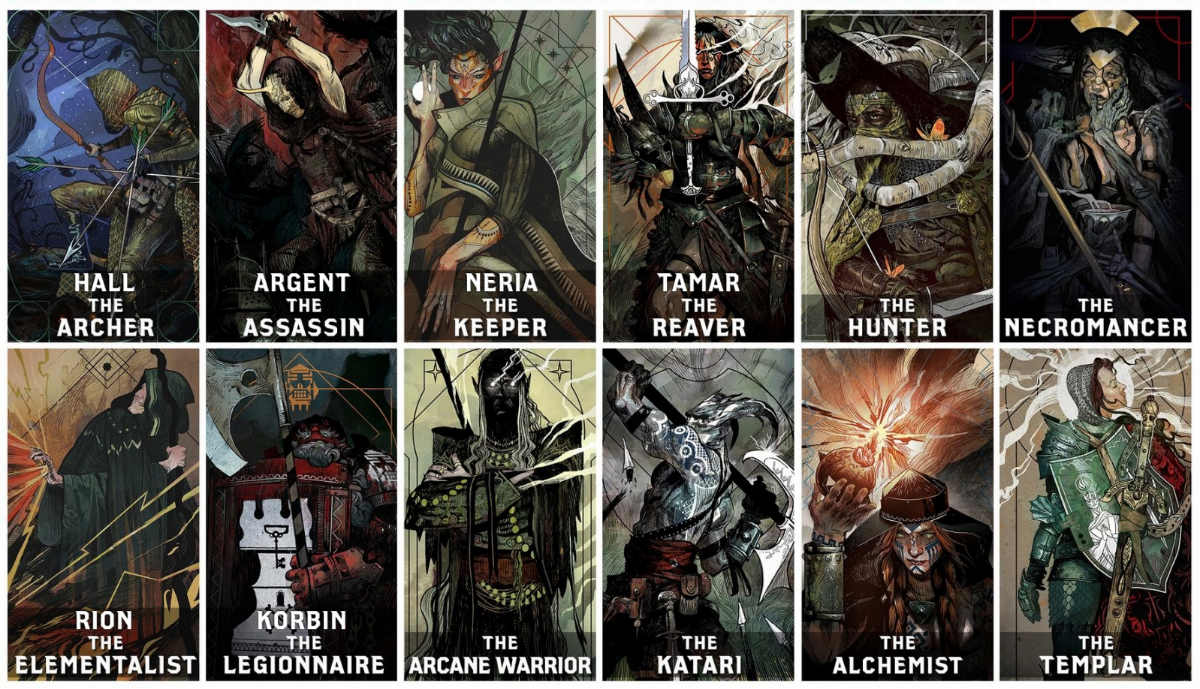 Following on from our look at the pen-and-paper genesis of role-playing games, we examine what came next for the genre and its offspring.

As they have transitioned from the table tops into digital form, role-playing games have undergone an astonishing metamorphosis. In their early days role-playing games stuck fairly closely to the core Advanced Dungeons & Dragons formula, and while many of the underlying key mechanics remain the same (even today, albeit well hidden under graphical polish) the various paths that have branched off from that one single concept make role-playing games the most diverse of genres. Let’s examine those sub-genres, or ‘classes’ – to use the parlance of the medium – in a bit more detail.

When role-playing games first began to appear, they had most in common with what we would now consider a dungeon crawler – titles like Rogue (after which the genre was named) and Hack had players roaming around dungeons, finding loot and killing nasties largely for the sake of it – games in the Diablo series are the very essence of the Roguelike, and while the genre in its rawest form has largely fallen out of favour for more story-driven alternatives, we can trace many aspects of modern role-playing games back to Rogue and its peers.

Based around the built-specifically-for-this-purpose Infinity Engine, Bioware and Black Isle Studios completely dominated the PC role-playing game market for a golden period of three or four years, with heavy hitters Baldur’s Gate, Planescape: Torment and Icewind Dale proving the go-to role-playing experiences for gamers who prefer a keyboard and mouse to a joypad. Almost fifteen years later, Pillars of Eternity is the spiritual successor to these fantastic titles, and we’re all really excited for its release.

What happens when you add the fast-paced, active nature of the Roguelike, with the storyline and questing elements of the Advanced Dungeons & Dragons? You get the largest umbrella sub-genre within the role-playing world, the Action RPG.

Where most of our experience to date has come from the Western world, the Action RPG was gaining traction from the East. Combining accessible gameplay mechanics and a fluid style, titles like Dragon Slayer and Ys were paving the way for a much more familiar name – The Legend of Zelda – to set the genre alight in 1986, and become one of the most successful franchises in history. While The Legend of Zelda went from strength to strength, back in the West, another giant was stirring.

Bethesda Softworks drew inspiration from Roguelikes and released the first-person Action RPG (and technical marvel for the time) The Elder Scrolls: Arena to a somewhat muted reception in 1994, but as word of the title spread among the gaming community, it eventually generated the sales it deserved. When its sequel Daggerfall also suffered a rocky reception (it was late, and filled with bugs) it looked like the series could have been in trouble, but the sheer ambitious scale of Daggerfall came to its rescue, allowing epic titles like Skyrim and Fallout 3 to follow.

Back in the East, the Console RPG (or J-RPG, after the country of origin) was growing into a behemoth of the genre. Everybody knows that Squaresoft’s Final Fantasy series is the darling, but in the Eighties and Nineties competition was fierce – Sega’s ultra-futuristic Phantasy Star (with awesome first-person battles and dungeons) and Capcom’s Breath of Fire (with dragon metamorphosis and, er, bass fishing) – were both snapping at their heels. Enix’s Dragon Quest was another serious contender (until the Square-Enix merger) and even within their own studio, Squaresoft produced absolute stunners to rival their main franchise, including the epic Xenogears and the brain-melting, time-hopping Chrono series.

Final Fantasy VI and VII tipped the scales in Squaresoft’s favour, though, and they took their rightful place at the top of the tree after these two titles of unprecedented import (in any genre, not just role-playing) brought the J-RPG onto the global stage. Then they got a bit inconsistent and had a few misses, culminating in the spectacular-looking-but-largely-not-altogether-that-interactive Final Fantasy XIII, and the future of the sub-genre looks to be in the balance. Here’s hoping that the upcoming Final Fantasy XV plays as well as it looks, and stops the rot in one of the world’s favourite series.

The Tactical RPG is another sub-genre that the East and West have traditionally done very differently. Where some elements don’t (and possibly can’t) vary all that much – an overhead or isometric viewpoint, a squad of characters with different classes and skills – the underlying flavour of the games on offer here match thematically with other sub-genres from their respective regions.

Tactical RPGs from the East – such as Suikoden, Vandal Hearts, or even Final Fantasy Tactics – carry their visual queue from the 16-bit J-RPG, even into the modern era. They’re isometric tile-based, with cutesy super-deformed characters, and the sensibilities of the stories feel very familiar. Their Western counterparts – titles like the X-COM and Jagged Alliance series, or Fallout spinoff Fallout Tactics: Brotherhood of Steel – feel considerably more grown up by comparison. They all play much the same, however, and it depends more on which setting you prefer than any great difference in the gameplay mechanics as to which one you’ll prefer.

First, you take one of the other genres mentioned above. Then, you do it online, with other people – preferably lots of them – hence, Massively Multiplayer. Sometimes you’re playing with them, sometimes it’s against, but the key factor here is, you have to do it online. With others. And there are often subscription fees to pay, or you might need in-game transactions to get the best out of the game.

So unless you pour an inordinate amount of time and effort (and possibly cash) into it – usually to the detriment of playing all other games (or generally having a life outside of the online world in question) – you’ll be left behind by other players who didn’t want to spend time with their families or friends, or play a new release in another genre, because they were happy to spend all their time grinding levels while you were away eating, or sleeping, or going outside like a sucker. And therein lies the crux of the problem – there’s always going to be someone more dedicated than you, waiting to kick your ass when you come back online.

Over the years, role-playing elements have been smashed together into the mechanics of various other genres, with varying degrees of success. Some titles, like action-platform series Wonder Boy barely felt like a role-playing game at all (for all its heirs and graces to that effect that amounted to little more than look and feel) whereas other titles have incorporated role-playing features that you might not even have noticed. Grand Theft Auto for one seems like it stands alone as a genre, but that stat-levelling system they introduced in San Andreas? Pure role-playing game.

One thing is for sure, though: the pervasive need for character development seems to satisfy a great need amongst the game-playing public, and incorporating even minor role-playing elements can address that across the board, whatever the major genre might be.