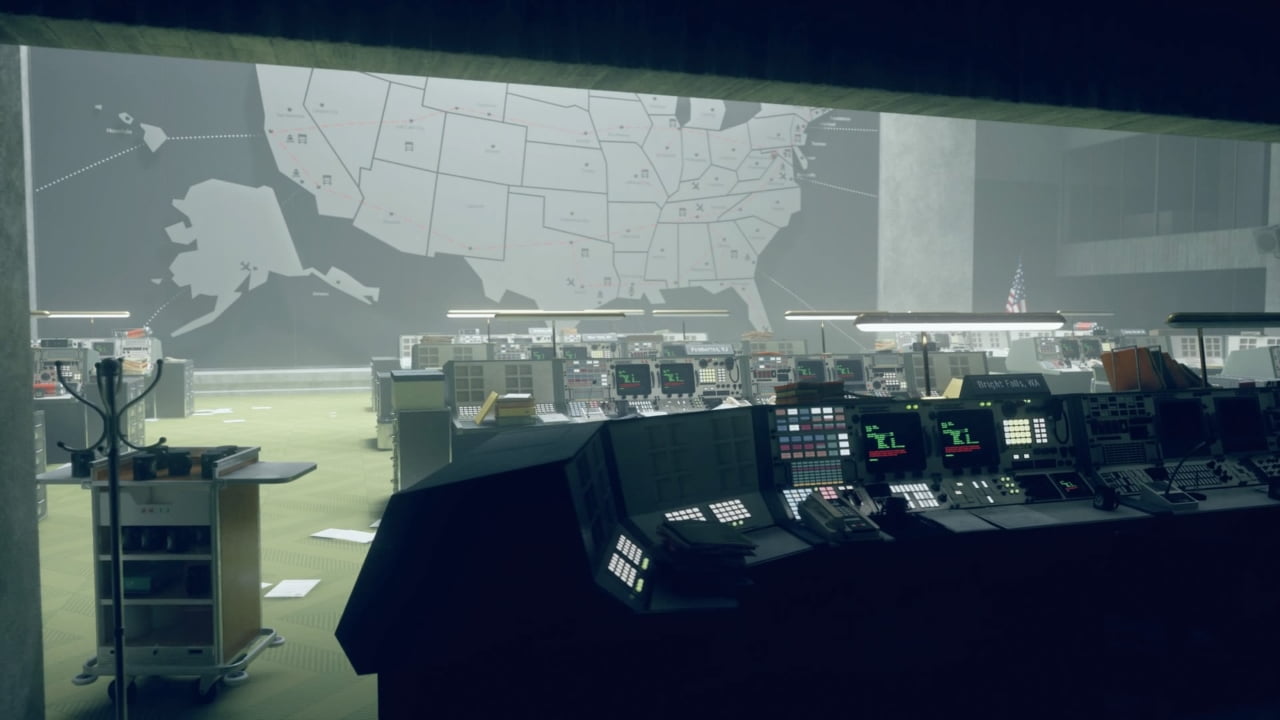 Coming hot on the heels of March’s The Foundation DLC, Control’s second helping of post-launch content easily offers the more interesting setup. Picking up on the numerous teasers and easter eggs found in the original campaign, it sets out with the goal of officially crossing over the Control and Alan Wake universes, and sees Jesse Faden investigate the eerie horrors that plagued Remedy’s beloved 2008 cult-classic.

It’s without question a tantalizing elevator pitch and seeing Remedy sow the seeds for its recently announced shared universe threequel is exciting. However, AWE can’t help but feel like more of a three-hour tease than a continuation of either story. It still has its moments, but it seems Remedy sees this new narrative as a vehicle to lay the groundwork for a sequel rather than a fully-fledged tale of its own.

The story of AWE begins with Jesse receiving a strange series of messages from Wake himself, who summons her to the Investigations Sector of the Oldest House. Much like the Foundation, Investigations is an expansive new area, with fresh mysteries to uncover, side missions to complete and enemies to face. That being said, it doesn’t do much to stylistically distance itself from the grey architecture and tunnels of interwoven pipework that were explorable in Control’s campaign.

The trade-off is that players get to face Control’s most overtly horrific antagonist yet, with a nightmarish, almost Cronenbergian monster stalking your movements throughout Investigations’ eerie hallways. Discovering exactly what this terrifying creature is makes up the majority of the DLC’s narrative, with Remedy proving once again that it excels when allowed to operate in spookier territory.

Few moments prove the studio’s aptitude for all things that go bump in the night than your frequent boss encounters with this horrifying creature, who will often force you into rooms with wide stretches of pitch-black darkness illuminated only by limited light sources, where it cannot reach you. Each of these battles act as intense, high-stakes puzzles, made all the more terrifying by the fact you can see the lumbering creature stalking you from beyond your well-lit haven.

For all the present Alan Wake fans, these light mechanics probably sound pretty familiar to you, and yes, AWE does frequently take inspiration from Wake’s flashlight focused combat-style. It pops up most frequently in the aforementioned boss encounters and sometimes in the occasional puzzle, but one of the biggest issues with the DLC is that it doesn’t do more with it. To be honest, although it does add a useful new gun form and the ability to hurl several objects at once, there is a sense that nothing AWE brings to the table is particularly fresh.

While The Foundation offered new ways to traverse and fight enemies with its crystal-based abilities, it feels like AWE needs something similar to match that big shift in playstyle. Whether that’s the ability to wield a flashlight to battle some new, darkness-based foes or maybe just a powerful new ability that achieves the same goal, it can’t help but feel like AWE misses a pretty wide opportunity to make something special.

The same goes for the overarching story, which feels like its building to a grandiose, jaw-dropping climax but is snuffed out with little fanfare. For one, while fans are likely paying the admission fee here to see Alan Wake – he is the feature attraction after all – there’s surprisingly little of him on show. Don’t get me wrong, this without a doubt begins to highlight what a Control and Alan Wake sequel could look like, but it always feels like more of a trailer for what’s to come rather than a fully-fledged continuation of that universe. Some fans even speculated AWE would offer answers to the puzzling conclusion of Alan Wake’s American Nightmare DLC, but don’t go into this thinking it’s going to spew out new revelations for that story.

Saying all this, it’s not that AWE is bad. It’s just safe. Everything you liked about Control is still here. The combat encounters are a hell of a lot of fun, the dark sci-fi humour returns in force and, while the additional side-missions focus more on fetch-quests, they offer an entertaining diversion from the main storyline. At the end of the day, I’m sure we’ll look back on this final adventure in The Oldest House as an essential bridge between Control and whatever comes next.

It’s just, for the time being, it feels like Remedy maybe could’ve been a little more ambitious with its first major crossover.

AWE offers an interesting first look at the future Remedy envisions for both the Alan Wake and Control franchises alongside featuring a terrifying main antagonist and some creepy boss encounters. That being said, it’s still somewhat underwhelming, acting as a teaser for the future with few crazy story beats or new features to get excited about.