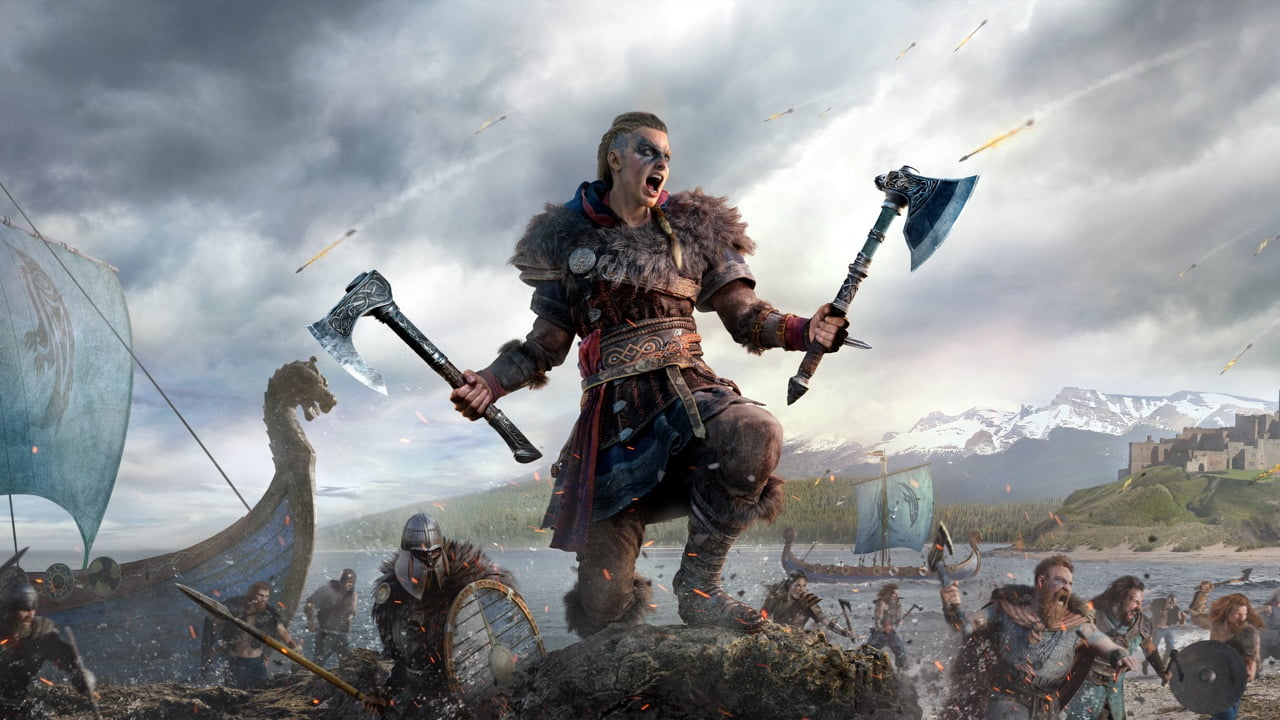 I recently reviewed Assassin’s Creed Valhalla, awarding the expansive Viking RPG a respectable 3.5 / 5. In general, I quite liked the newest entry in Ubisoft’s seminal series, although I wrestled with a few issues with the game. One of my biggest gripes surrounded the PlayStation 4 version’s technical faults, including lengthy loading screens, frequent crashes, and audio cut-outs.

But we’re quickly learning – hello, Cyberpunk 2077 – that games straddling the console generations are generally performing far better on the PS5 or Xbox Series X|S. That’s not surprising, though the degree of difference has been a bit of a shock.

Overall, I suggested that it might be better to wait until you can experience Ubisoft’s newest iteration of Assassin’s Creed on next-generation consoles. And so, following a long night lurking online, I managed to secure myself a shiny PlayStation 5. After marvelling at just how big it is (and how ugly it looks in person) I figured I’d offer a follow up to my original Assassin’s Creed Valhalla review with Sony’s newest hardware.

Having trekked a further six hours through the game’s open-world, I can tell you now that this is definitely the way the game was meant to be played. While the PlayStation 4 rendition of Eivor’s adventure was sluggish and often buggy, the PlayStation 5 version is unsurprisingly a much slicker experience.

Not only did I fail to hit a single visual bug, with no texture pop-in to speak of, but the console’s famed SSD meant frame drops and long loading screens between dialogue were completely eradicated. Loading times when booting up the game and fast travelling – while, of course, still present – are dramatically reduced, which leads to less downtime and quicker access.

Better yet, I was happy to discover I wasn’t met with a single crash throughout my additional few hours with the game. In general, Assassin’s Creed Valhalla is simply more stable on the PlayStation 5, offering a fairly seamless experience with some noticeable improvements in quality. There are also less awkward audio cut-outs and buggy cutscenes, which became a nuisance in my original playthrough.

That’s not to say Valhalla’s PS5 port doesn’t a few of the game’s more general issues, however. The AI is wonky at points, NPCs are still afflicted with stilted animations, and I noticed a few instances where characters’ mouths didn’t move while they talked. These should be fixable, though, and are sure to be patched out in the coming weeks.

With the current line-up of AAA games being available on both generations of hardware, it almost feels as though Assassin’s Creed Valhalla simply wasn’t intended for the base PlayStation 4 or Xbox One. Its visuals are significantly better on the new platforms, naturally, but the game is simply a smoother and less buggy experience.

I’m kind of disappointed I didn’t get to enjoy Eivor’s adventures for the first time on PlayStation 5, and would likely advise those wanting the best experience (and intending to purchase a next-generation platform) to not make the same mistake.

Even so, don’t expect it to be entirely smooth sailing just yet, even on PS5 or Xbox Series X|S – AAA video game releases are rarely smooth – but at least Assassin’s Creed Valhalla’s issues are nothing compared to Cyberpunk 2077.