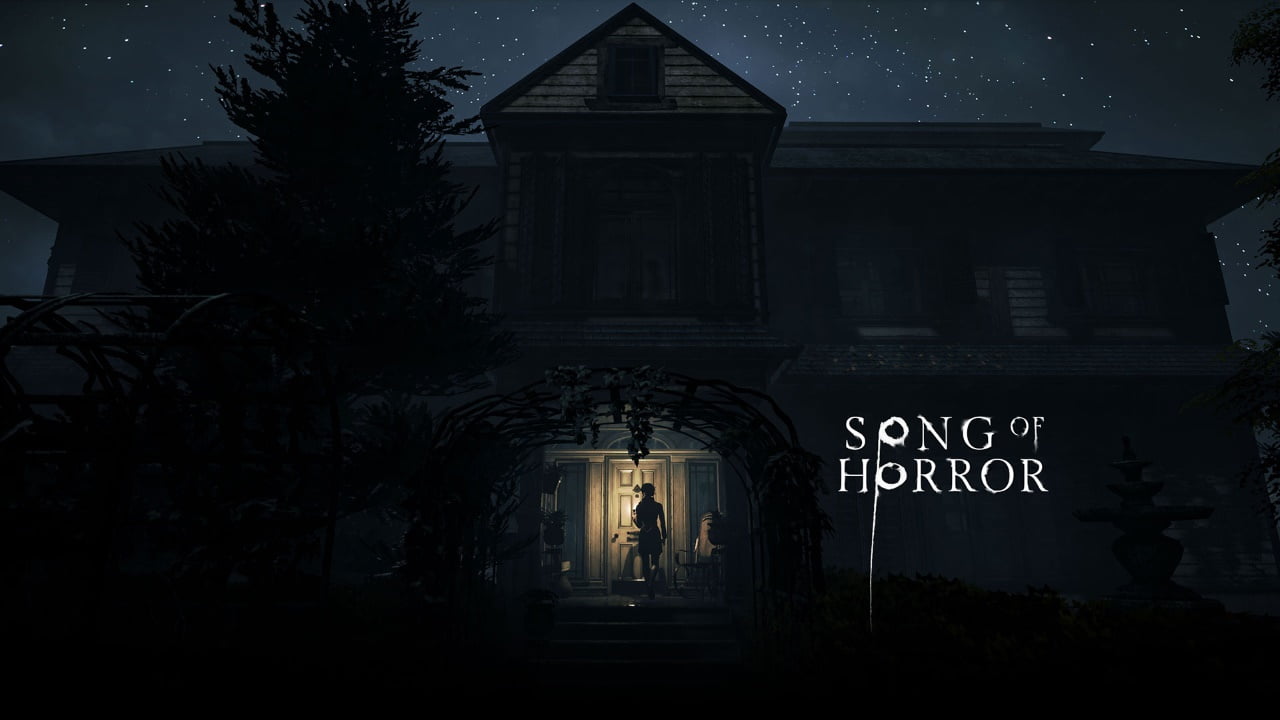 Good horror games often start with a gimmick. Amnesia has its tense sanity meter, PT, its looping corridor of nightmares, and Song of Horror, the creepy new title from indie developer Protocol Games, has a nail-biting permadeath character system.

Does the latter hold a candle to the former? Not exactly, but Song of Horror’s willingness to go all-in on this interesting central mechanic makes it a solid and unique horror experience that’s not afraid to flaunt its innovative central feature.

The crux is simple. Each chapter of Song of Horror (of which there are currently two, with three more on the way) takes place in a creepy location filled with puzzles to solve, mysteries to uncover, and terrifying monsters to avoid. What’s the catch? Well, you control four characters per location – that equates to four lives. Die as a character and they’re gone for good; run out of characters and you have to restart the entire chapter from the beginning.

Taking into account that each of these chapters can span from around one and a half to three hours depending on your aptitude for solving puzzles, it’s safe to say that losing one of Song of Horror’s leads is a crushing blow. What’s surprising, however, is that the game’s all the better for it.

Nothing builds tension like navigating the hallways of a demonically possessed mansion, with the knowledge that one wrong step will reset your progress to square one. It should be downright frustrating (and granted, in the second chapter really can be), but there’s something about how lenient Song of Horror tends to be that it always makes you feel like you are escaping by the skin of your teeth. The monster lurks more in the shadows than in direct pursuit, and when it does come for you, its relatively easily thwarted by carefully reading the signs of the environment.

Sometimes you’ll have to quickly hold doors shut, others you’ll have to steady your heartbeat in a hiding position, and in the second chapter, certain encounters ask you to channel the lessons you learnt in A Quiet Place and navigate past a blind enemy. They all give you the impression that the darkness is going to finally claim your current protagonist’s soul, but in reality, these small quick-time events favour intimidation over real challenge, which is a surprisingly strong way of keeping you on edge while making sure you aren’t losing the will along the way.

Occasionally, the game sneaks a bit of a low blow, with certain hazards feeling completely unavoidable, but for the most part, there’s always a fairness to Song of Horror’s use of ghouls and ghosts. It makes you feel like you’ve got the survival instincts of Ellen Ripley, despite having the spatial awareness of the bloke who gets chomped off the toilet in Jurassic Park.

It’s a good thing this element of the game is so strong, as everything else it offers feels unremarkable. Outside of hiding from things that go bump in the night, the main gameplay of Song of Horror involves extensive puzzle solving. The problem is that its range of brain teasers are either too easy or infuriatingly hard, without ever managing to find that sweet spot in between. Sometimes you’ll simply be translating Roman numerals, while other scenarios will ask you to make grand leaps of logic, like powering a fuse box with seemingly no direction as to what the core rules of the puzzle actually are.

It’s also not that scary. As tense as the permadeath character system makes each chapter, Song of Horror never really drums up the actual scares to make it count. Sometimes a TV will turn on at its own accord or a walkie talkie will spontaneously go on the fritz, but outside of the odd jump scare, the game feels lacking. Even the monster designs feel uninspired, with most of Song of Horror’s demonic adversaries feeling like forgettable takes on the genre’s typical rogue’s gallery. After all, it’s hard to find yourself dreading coming face to face with your paranormal stalker when it’s actually just a large black blob with some floating hands coming out of it.

Then there’s the game’s story. While there’s a narrative running through the two chapters and supposedly into future episodes, it leans so heavily on cliché that it’s hard to care, with characters broken down to lifeless archetypes, and the deeper mysteries lacking intrigue. That being said, the character system itself is a wonderful touch. Each of the four protagonists you can play throughout a map has a backstory and a purpose for entering a location, whether that be their job or their connection to another character. They have their own specific set of skills, reactions to story beats, and items that can be used to interact with certain objects. None stand out as having traits that are imperative to surviving a certain situation, but it’s a neat system, especially as completing a scenario with a certain hero unlocks their own cutscene and a potential return in a future episode.

In that respect, Song of Horror is a bit of a one-trick pony, but that’s not necessarily the worst thing in the world. It consistently makes the most of its gimmick over each episode’s short runtime, and as a result, it’s easy to forget that everything surrounding this intriguing mechanic is largely unexceptional. When I look back over my time with Song of Horror, I’m not going to remember the inconsistent puzzles, the poor story or the unengaging scares. I’m going to remember clawing my way out of nail-biting situations, armed with the knowledge that one wrong move will reduce the protagonist I’ve bonded with over thirty minutes of gameplay to ghoul chow.

Song of Horror: Episode 1 and 2

In terms of moment to moment gameplay, Song of Horror can feel a little bland. The puzzles are inconsistent, it lacks scares, and the narrative is forgettable. However, the game’s willingness to go all-in on its interesting permadeath mechanic makes it a unique horror experience that manages to disguise its flaws with ambition. It may be largely centred around a gimmick, but with each episode feeling relatively brief, its one that doesn’t wear out its welcome.