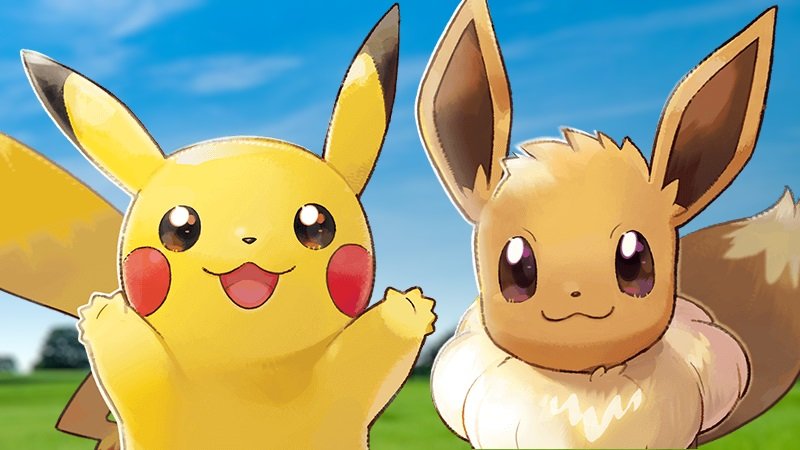 Pokémon Let’s Go – both Eevee and Pikachu variants – are, roughly speaking, an HD remake of Pokémon Yellow. And Pokémon Yellow was itself a sort-of remake of the original Pokémon Red & Blue.

There are different catchable Pokémon in Pokémon Red & Blue, and the same is true in Pokémon Let’s Go Eevee & Pikachu. The idea, back in the good old days, was that players would need to trade with friends – who owned the ‘other’ version – to completely fill their Pokédex.

You can’t catch an Ekans or Arbok in Pokémon Blue, for example, and by the same token, you can’t catch a Vulpix or Ninetails in Pokémon Red. There are a little over 20 Pokémon, spread across both games, that can only be caught in one or another, and the same is true in Pokémon Let’s Go.

What’s different about the exclusive catchable Pokémon in Pokémon Let’s Go Eevee & Pikachu, however, is that you can overcome the differences without trading. Because of Let’s Go’s integration with Pokémon Go – the augmented reality mobile game that is still rather popular – you can set out into the real world and catch Pokémon, then import them into your game on the Nintendo Switch console.

Nintendo and Game Freak have always strived to make players more active or sociable with the Pokémon games, from step counting to hatch eggs to social trading, so this element of Pokémon Let’s Go is no real surprise.

In the original Pokémon Red & Blue, Professor Oak gives the player a choice of three starter Pokémon: Bulbasaur, Charmander, or Squirtle. Whichever starter the player chooses, Professor Oak’s grandson – a rival, aspiring Pokémon trainer, and also a massive jerk – selects the remaining Pokémon that poses the most elemental threat to the player’s starter.

In Yellow, Professor Oak gifts the player a Pikachu, while Oak’s grandson is given an Eevee. This effectively nullifies the elemental game of rock, paper, scissors (but doesn’t do anything to stop him being a total tool).

It’s worth pointing out that you can catch Pikachu in the Eevee version, and vice versa – neither Pokémon is exclusive – and both can be imported from Pokémon Go into either variant.

The starter Pokémon are somewhat more powerful, though. While neither can be evolved – you’ll need to catch a regular Pikachu to evolve a Raichu, for example – they have advanced moves that can’t be learned by any other Pokémon, and basically perfect stats. (That’s Pokémon with the most balanced and maximised Individual Values, or IVs, by the way, and IVs are now visible as a stat for the first time in Pokémon Let’s Go.)

The player wasn’t accompanied by an overworld Pokémon in either Red or Blue. It wasn’t until Pokémon Yellow that Pikachu started following the baseball cap-wearing trainer round on the overworld, just like in the anime.

Now that we’re playing on the Nintendo Switch, either 720p in handheld mode or at 1080p docked and on the big screen, it would seem a little mean if we didn’t get overworld Pokémon. Luckily, we do, and they’re flipping adorable.

Depending on who you choose for your starter – with your choice of either Pokémon Let’s Go Eevee or Pikachu – that Pokémon will follow you around on the world map. Pikachu rides around on your shoulder, while Eevee spends most of their time sitting on your head.

But there’s more. There’s a fifty-fifty chance of either of the starter Pokémon being male or female, and while the classic designs are assigned to the male variants, if you get a female one? They’ll have a heart-shaped tail.

And there’s more! You can also dress up and accessorise your Eevee and Pikachu. That ranges from full outfits both you and your Pokémon can wear – like matching trainer, police, or safari uniforms – to accessories like bows, bandannas, hats and glasses. The full outfits are obtained from NPCs in the game, often in exchange for tasks or achievements, while the accessories can be purchased with in-game currency.

Other than that, though, Pokémon Let’s Go Eevee & Pikachu are pretty much the same game.