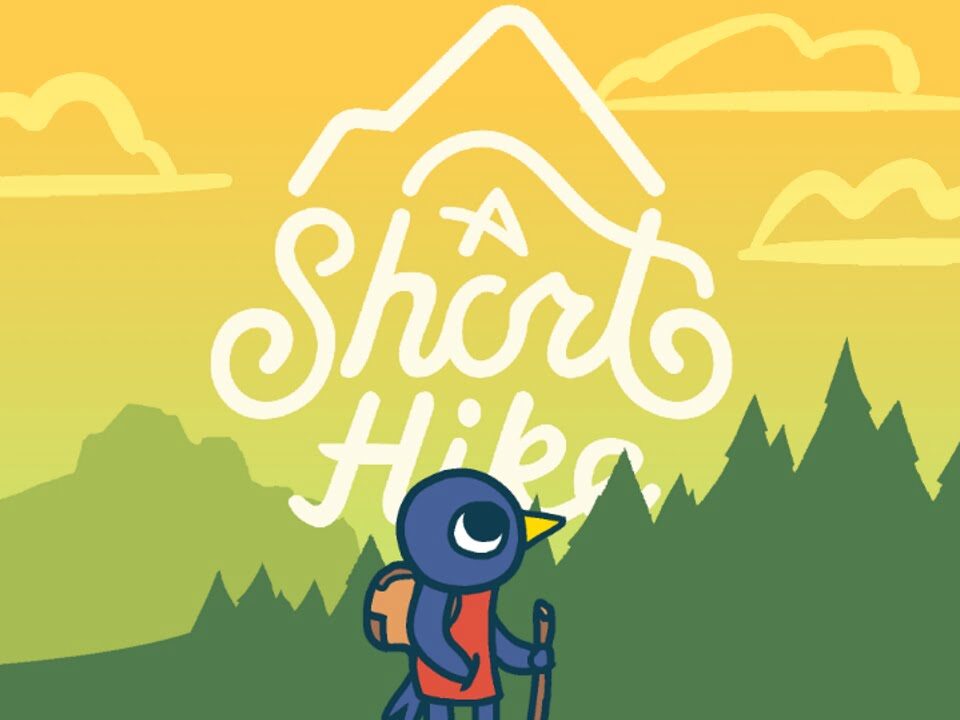 Using video games for self-care is nothing new.

While certain genres of video game lend themselves to self-care – relaxing simulators like Animal Crossing, or puzzle games like Tetris Effect, for instance – you can find your centre in most any kind of game, if it fits your mood and your personal needs. Some people relax by clicking on heads in shooters like Overwatch. Others bring order to the wilderness in survival simulators like The Long Dark. Many lose themselves in an RPG, or get lost in an open-world game.

A Short Hike is particularly interesting, not just because it is a game that feels ideally suited to self-care, but because it is a game that is explicitly about self-care, created as an exercise in self-care by the game’s developer. You play as a young bird named Claire, on a weekend away with her aunt. She’s waiting for an important phone call and is fretful and afraid in equal measure. We’ve all been there.

There’s no mobile signal in the Hawk Peak Provincial Park, so in order to find some, Claire plans to hike to the top of the eponymous peak. Her aunt believes the adventure, the fresh air, and the friends she will meet on the way will serve as a welcome distraction.

And she’s right. A few minutes into A Short Hike, I found myself collecting coins and shells on the beach, with no external driver and no obvious motivation. The fact they existed – and were glinting in the sun, and were there to be collected – was in and of itself reason enough to collect them.

A Short Hike is still a video game, though. Collecting shells and coins soon reveals attached mechanics. These became major and minor objectives – the cash required to purchase upgrades; the shells a collection quest from an NPC – but the fact you instinctively spy and grab and accumulate these shiny objects from the sand, like a child on holiday? It bodes well for A Short Hike’s self-care credentials.

To pigeon-hole A Short Hike into one genre is difficult. It’s simultaneously a 3D platformer and a Zelda-like adventure, a classic collectathon and a narrative experience. Perhaps to best offer a comparison, we need look at another indie game about climbing a mountain for your (and your character’s) self-care – Celeste. There are obvious similarities there: the skills learned and upgraded to access new areas; the double-jump and wall-grab; the devilishly-simple stamina system.

But where Celeste is diamond-hard and punitive, A Short Hike is generous in the extreme. If you slip and fall, you simply spread your wings and glide back to ground level. You are a bird, after all. This offers a downy-soft comfort blanket at every turn, but adds an extra facet to the exploration on offer. Using the full three dimensions of A Short Hike’s sumptuous map is a joy, and while there is mostly one route to the top, you can approach the adventure in a number of different ways. You might take the direct route and climb straight up a cliff face, or climb something nearby and glide across on the breeze. It affords a creativity that most prescriptive 2D platformers can’t muster.

And as you explore, you’ll run into a delightful cast of characters. A Short Hike is warm and genuinely very funny, with its gentle comedy and pleasant dialogue pitched somewhere in the Venn diagram of Pikuniku, Grace Bruxner’s Frog Detective, and Night in the Woods. In one moment you’ll be platforming. The next, you’ll be engaging in point-and-click item swaps with characters. Soon you’ll be using items and quest rewards to take part in optional quests and minigames. A volleyball-like sport, where nobody wins or loses and the only objective is to work together to keep up the longest rally, is a particularly sweet touch in a game filled to the brim with them.

But in every moment you’ll be smiling, bouncing between exploration and exposition, progression and pointlessness, finding joy as much in the spaces between as the major beats. Then, suddenly, you’ll run out of ways to waste time and find yourself atop Hawk Peak. I won’t spoil the ending for you, but for a short time at least, Claire had forgotten her worries. Her aunt was right, as they so often are.

And do you know what? I had forgotten my worries, too. In this day and age, that’s sheer sorcery of immeasurable value. I couldn’t ask for any more from A Short Hike, and next time I’m feeling in need of self-care? I’ll make that short hike again. I’m sure of it.