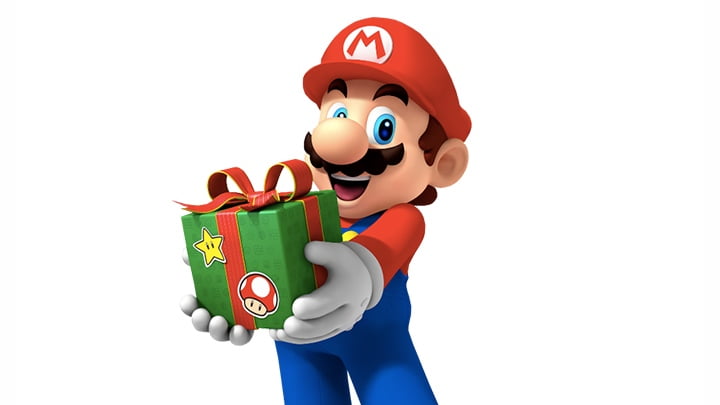 What do you buy a gamer when you don’t want to buy them a game? How about one of these gaming Christmas jumpers?

Irony is a strange beast in the modern world. It can be used as a form of comedy, a way to make a statement or illustrate a point, but more often than not the most common modern use of irony – “I’m doing it ironically” – has become a shield to hide behind, when the thing you want to do is not considered cool or socially acceptable.

That’s how Christmas jumpers started, a few years back. We all had horrible memories of ugly, hand-knitted affairs, that itched, chafed, and caused you to dissolve into a withering puddle of sweat and wool fibres if you didn’t step outside every five minutes to cool down.  Then hipsters started wearing them, ironically of course, and the mood changed.

All of a sudden, the fact you were wearing a Christmas jumper to your work party to ironically mock the people on the next table who were wearing theirs (not ironically, obviously, because they’re not as cool as you) meant everyone was suddenly wearing Christmas jumpers. The intention to mock – through irony – the proliferation of the Christmas jumper actually enabled the (supposedly) offending garment to achieve full market penetration, and let’s be honest: clothes retailers don’t care if you’re buying them ironically or trying to make some sort of statement, so long as they get your money.

And then Christmas jumpers were once again widespread among the youth, and by osmosis into the fabric of modern culture, became inadvertently cool. So, where can we take them next? Enter the gaming Christmas jumpers.

It’s a classic statement piece, combining the Christmas jumper staples of snowflakes and patterned banding with an 8-bit era Super Mario leaping for coins and stars. They couldn’t really make these in red – that would have to be a Luigi version – so the green, complete with falling flakes and snow-capped pine trees, is perhaps the more traditionally festive of the two. The blue and white is rather wintry in an understated sort of way, though.

Sonic may have played second fiddle to Mario over the years, but Sonic’s Christmas jumper really does cover all the bases. It’s red, so instantly feels more festive, and features banded patterns of snowflakes, snow-capped trees and Sonic’s iconic rings. While some items on this list are more subtle and might be mistaken for a regular Christmas jumper at a distance, there can be no doubting this is a gaming Christmas jumper, with the retro Sonic title screen image emblazoned across the chest.

The PlayStation Christmas jumper designs are actually pretty subtle – quite the opposite of Sonic’s – and if you’re wanting to go down the less-garish route then these make an excellent choice. Where Nintendo has Mario and SEGA has Sonic, the classic PlayStation logo and the buttons are the lasting legacy of the PlayStation, but they’re also teamed with prancing reindeer to make them extra-festive. In a neat touch the square, circle, cross and triangle, plus other buttons from the controller – start, select and the d-pad – are worked into the design of the grey sweater.

These officially licensed Street Fighter Christmas jumpers come in three flavours: Ken vs Ryu; Guile vs Cammy; and Sagat vs Chun Li. They’re largely variations on the same theme, with a band of interchangeable festive patterns at the bottom and a starry/snowy sky at the top, but the open space in the centre of the design containing the two characters really does lend itself well to the classic Street Fighter screen layout. It’s a surprisingly effective of framing the characters and carrying a bit of impact in the design.

The best of the rest

Some of these aren’t specifically gaming Christmas jumpers as they could be related to comics, movies or TV shows as much as video games, but they’re still worth a mention as their franchises – Batman, Pokémon, and Star Wars – are heavily embedded in the gaming psyche. Oh, and the Assassin’s Creed one has a massive bridge on it, if you like that sort of thing.