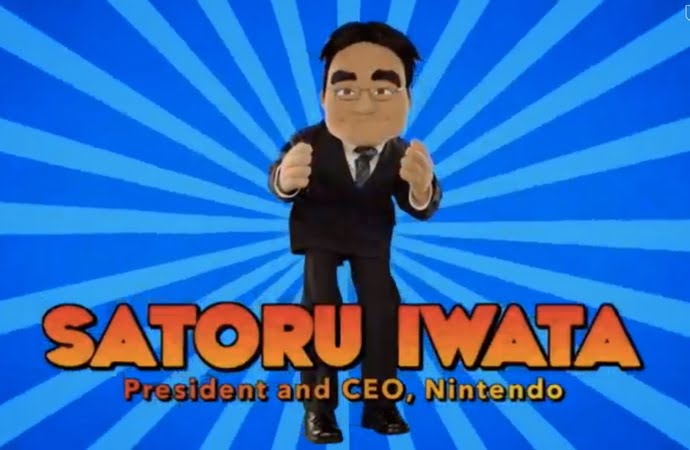 For all the razzmatazz and glamour you get at the live E3 press conferences, they rarely raise a laugh. It’s a shame as games are supposed to be fun after all, right?

This is something Nintendo has learned and is executing with some with style in their recent Direct and E3 presentations. This year’s E3 Digital Event was no exception, beginning with a funny skit as Miyamoto, Iwata and Reggie revealed their furry side to promote Star Fox Zero.

The devil will be in the detail for this one. Many Nintendo players will have fond memories of the Star Fox series but it’s hard to know how the game will stack up against the bigger and bolder space shooters demoed elsewhere this week.

It looks the part though; crisp, fast and solid, with the GamePad controls having the potential to make the experience into something special.

For Wii U owners it was one of the few highlights, with much of the presentation focused on the 3DS and, of course, Amiibo.

Nintendo’s recent upturn has been in no small part due to the success of their line of figurines. As expected there was a heavy emphasis on the toys-to-life market beginning with the announcement of a partnership with Activision for Skylanders SuperChargers.

Amiibo were also centre stage for another Wii U title, Animal Crossing: Amiibo Festival. It’s not the fully fledged, online experience many expected, looking like a slight affair to say the least, but oh those toys…

It’s time for this old man to destroy his credit card.

You can also tell that you have reached a certain point in the lifespan of a Nintendo console when their sports titles start to appear with undue emphasis. Enter the Wii U’s Mario Tennis Ultra Smash.

The game actually looks like good fun but it offered little in the way of invention or surprise. However, if it takes advantage of Nintendo’s much improved online services then it could still find a following.

Xenoblade Chronicles X received another run out. As before it provided a welcome demonstration of the Wii U’s graphical chops. It’s an easy title to overlook in light of its recent Japanese release but it could be the unexpected pick of the pre-Christmas release calendar.

The real highlight in the Wii U’s fall line-up continues to be Super Mario Maker, which really does look like something special. The segment showing the process of constructing old Mario games on graph paper was delightful and Mario Maker may well inspire a generation of kids to start designing games, or at least buy more toys to activate the game’s Amiibo features.

The remainder of the presentation went heavy on 3DS. Nintendo may be about to enter the mobile market but they went to great lengths to ensure we don’t give up on our handhelds just yet.

A solid line-up was led by The Legend of Zelda: TriForce Heroes, a follow-up of sorts to Four Swords. The inclusion of online multiplayer will hopefully give this strand of Zelda adventuring the audience it deserves.

Hyrule Warriors is also making the journey to the small screen(s) featuring every stage from the Wii U version plus new Wind Waker themed levels.

And then there was the return of Metroid Prime. Something we all hoped for.

Unfortunately it was in the shape of Metroid Prime: Federation Force.

Well, what to say? It looks like knockabout fun but is that really what we want from this series? It can’t help but be seen as a disappointment and to see the franchise reduced to this type of experience is heart-breaking, however good the game is. Let’s hope that its existence indicates a traditional Prime game in development elsewhere.

So was this one of the Nintendo’s best E3 presentations?

Absolutely not. There was a huge, Zelda-shaped hole, and in the end that made the difference between it being a good rather than great show.

With information on the NX platform being held until 2016, and Nintendo’s mobile strategy also under wraps, the company finds itself in something of a holding pattern. This year’s E3 presentation was solid and the quality of the games pretty high, but there was a sense Nintendo is keeping the engine ticking over until the big test of 2016.