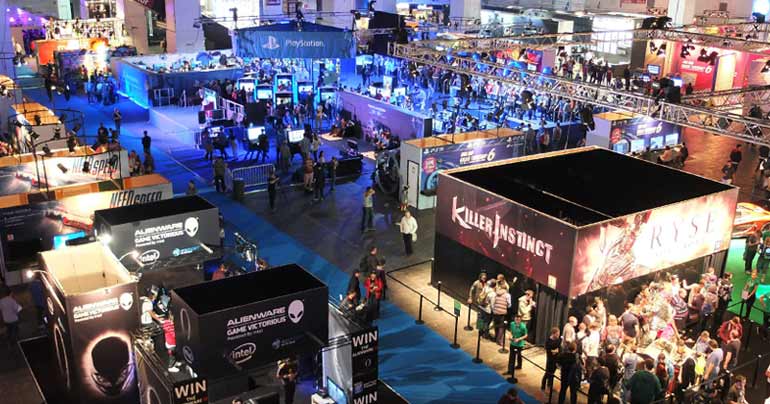 That event was an intimate affair, a far cry from the huge expo held at Earls Court last weekend, where 60,000+ enthusiasts were in attendance.

This year’s event was highly anticipated as it was the first opportunity for the wider gaming audience to get hands-on with the forthcoming PlayStation 4 and Xbox One. As someone with a PlayStation 4 on pre-order I was keen to get a look at the new DualShock 4 controller and took advantage of short queues to play a demo of Assassin’s Creed 4: Black Flag on Sony’s new console.

And the Dualshock 4 impressed. It’s a definite improvement over its predecessor in both build quality and ergonomics. Particularly nice were the concave triggers and tighter thumb sticks. However, my experience with the game itself was a cold reminder of the challenge that the next-generation of consoles face. Assassin’s Creed 4 demoed well, no doubt about, and it certainly looked nice running on the PS4 hardware. But, slightly improved visuals aside, it didn’t seem to offer much over the versions of the game that will also be arriving on Xbox 360, PS3 and Wii U.

And by large, this was the recurring theme of the day.

More evidence could be seen in a guided demo for WatchDogs, which looked neither graphically high-end (despite being a PS4 presentation) nor demonstrated game-play that wouldn’t be perfectly acceptable on current generation systems. Meanwhile, on the show floor, FIFA 14 looked impressive close up, but with the camera zoomed out, and fidelity lost, it pretty much looked the same as ever.

Cross generation titles, by their very nature, are restricted by the lower specifications of current generation technology. It’s silly to expect any fundamental differences in game-play, but a bit of spit and polish does not make a console upgrade feel essential in the way that the progression from SD to HD did 8 years ago.

It was down to the next-generation exclusives to sell their respective systems, but even in that regard I came away with more concerns than assurances. For every Xbox One and PS4 exclusive on display, there was something similar, and equally as impressive, available on a current generation system.

Given the choice, would you buy DriveClub over Gran Turismo 6? Would you truly pick Ryse: Son of Rome over Batman: Arkham Origins or Castlevania? Would you play Knack over Super Mario 3D World? The next-gen titles look nice enough, but they all had that ring of Kameo about them.

And then there was Titanfall.

The path to success in the next-generation will, as it always has, come down to the software library. And on that front Microsoft, for all their PR troubles, seem to be in the driving seat with a launch window line-up that trumps Sony’s offering. And judging by the queues and show-floor feedback, the next generation will begin when Titanfall, an Xbox/PC exclusive, arrives. Which is in 2014.

So this is the conundrum. Is now the time to upgrade?

It’s hard to resist to the appeal of new hardware, it has cost me a few quid over the years that’s for sure. But there was little on show at the EuroGamer Expo to suggest that early adoption is a necessity. Stepping back from the new tech and looking objectively at the games on show, one thing is clear. There are a multitude of excellent titles coming soon… to the system you already have under the TV.

But I won’t be playing anything on PlayStation 4. My pre-order is canceled. And I will play the waiting game, just a little longer.