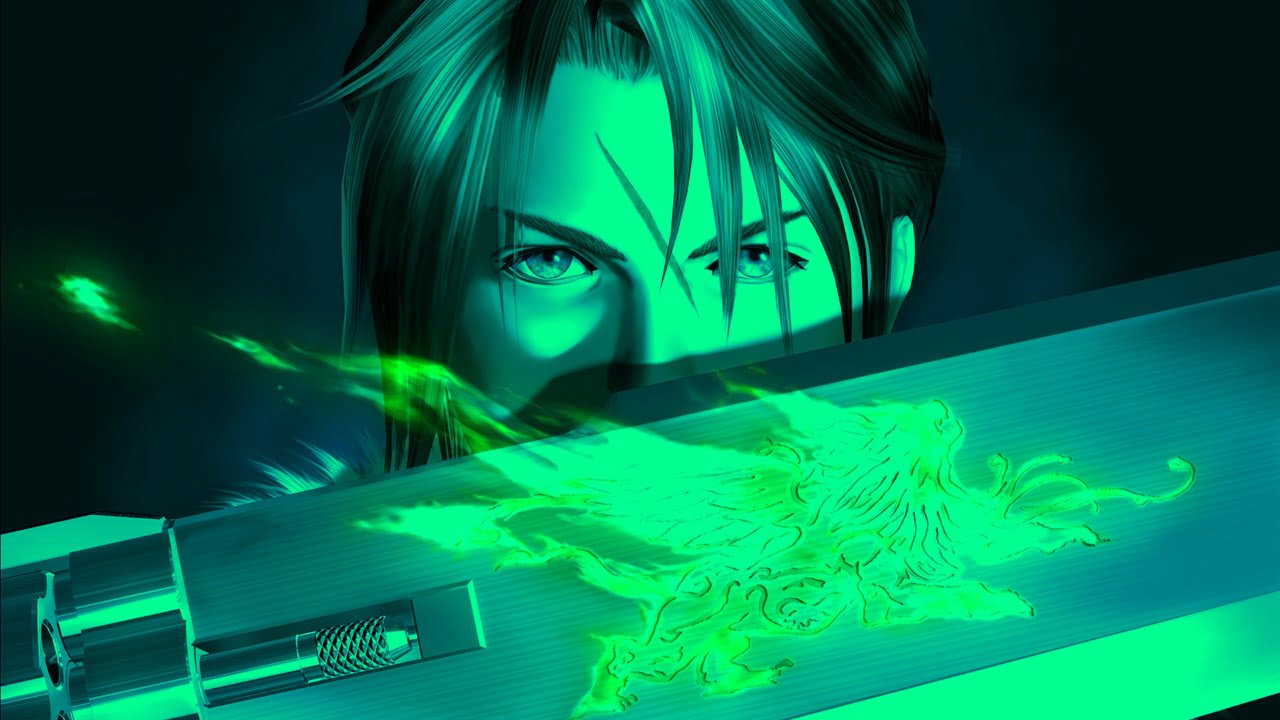 Final Fantasy VIII might be the eighth game in the main series, but for Squaresoft on the global stage, it was the proverbial difficult second album.

Then came Final Fantasy VIII, a game under huge pressure to meet expectations, both critical and commercial. While Final Fantasy VII was the breakthrough hit, Final Fantasy VIII – released two years later – would form the cornerstone of Squaresoft’s (now Square Enix’s) strategy. Over the coming years, the Japanese developer and publisher would release eight-through-eleven on a yearly schedule, like Call of Duty, FIFA, or Assassin’s Creed. It boggles the mind.

What also came as shock to western audiences, on the release of Final Fantasy VIII, was just how different mainline Final Fantasy games could be. While Final Fantasy IV and VI are outwardly similar in terms of structure, gameplay and fixed character classes, the game in the middle, Final Fantasy V, was a massive departure, with its flexible, interchangeable job system. Final Fantasy VIII is as different to the games either side of it as the fifth entry was, seven years earlier. And that wasn’t always a positive.

After a somewhat weird opening cinematic (comprised of a supercut of clips from later in the game, like the opening credits from a TV sitcom), Final Fantasy VIII starts off strong. From a visual design perspective, it demonstrates Squaresoft at the height of its pomp and ambition. The characters no longer look like chibi homunculi, for starters. They were a bit irregular in the original release, as a result of hardware and resolution limitations of the time. But the remaster, on which this review is based, has cleaned them up, sanding off all the rough edges.

The heroes – with the entire party present on the screen for the first time in the series – may be impressive, and the game’s hand-painted backdrops look as pretty as ever, but the interplay between controllable characters and FMV is where Final Fantasy VIII shines. Often, it’s restricted to a mundane trucking shot as the characters stroll through the campus of their boarding school-cum-military academy. But on sequences like the chase through Dollet, where you’re running into the foreground while a giant robot spider is smashing through the scenery behind you? It’s scintillating stuff.

While these spectacle sequences frequently punctuate Final Fantasy VIII, and they always stand out as a highlight, the story they help to tell is often cheesy, occasionally baffling, and rarely as impactful as the writers intended. It’s a melting pot of fairy tales and sci-fi gibberish, where our heroes fight to save the world from an evil sorceress and her knight who want to compress time, for some reason. Along the way, you’ll run into so many tropes – manifest destiny, convenient amnesia, deus ex machina, manic pixie dream girl – that Final Fantasy VIII feels like a patchwork quilt of RPG stereotypes.

And then there are the time-bending elements. Specifically, the flashback/dream sequence elements with Laguna Loire. Before playing the Final Fantasy VIII remaster, it had been almost 20 years since the last time I met Laguna. But the moment Squall, Zell and Selphie started clutching their heads and falling asleep, my heart sank. And on playing through it all again, sadly, that element of the game hasn’t improved with age. At all. Even a little bit.

Laguna may be the poster boy for everything that’s wrong with Final Fantasy VIII, but it was the game’s mechanics that caused consternation among players back in 1999. Gone are the traditions of learned spells and magic points, replaced instead with the twin concepts of the draw and the junction.

The heroes “junction” Guardian Forces – companion monsters, somewhere between series staple summons and Pokémon – that allow them to wield their power. That includes summoning the GFs to assist in battle, but also, grants the power to draw, store, cast, and junction magic.

Players draw magic from enemies, or from draw points found around the world, then junction magic to their stats to improve them. Junction magic to your stats and those numbers will go up; junction magic to your attack or defence to deal or defend those elements. It’s an opportunity to customise your characters, who – aside from their differing limit breaks – are basically empty vessels, but it’s also a mechanic that lends itself to grinding. You will spend hours upon hours drawing low-level magic from enemy fodder, refining it into higher-level magic, hooking that magic up to your stats, then doing it all over again. If you have to rely on those Guardian Forces in combat, you’ll spend countless more hours watching overlong summon monster cinematics.

Final Fantasy VIII may have incredible presentation and a (mostly) fun story, but the level of grind involved in something so simple as stocking spells sucks all the fun out of it. And if you really want to max out everything, including all the Guardian Forces, magic, and weapons, you’ll need to play Triple Triad (Final Fantasy VIII’s card minigame) against nearly every NPC in the game. Triple Triad is almost as maddening monotonous as drawing magic. It’s like playing a grind-heavy modern MMO. On your own.

Thankfully, the Final Fantasy VIII remaster – reviewed here on Nintendo Switch, but also available on PS4 and Xbox One – redresses these issues with some much-needed quality of life improvements. There are cheatier enhancements, like boosts to HP and limit gauges, but it is the speed boost that makes all the difference. A simple click of the left thumbstick speeds gameplay up threefold. Drawing magic, summing GFs, and playing Triple Triad whiz past in a flash, while cleverly, Nobuo Uematsu’s brilliant score plays at regular speed.

Final Fantasy VIII may still be deeply flawed, but the speed boost makes the worst bits bearable. Then, and only then, is the game’s ridiculius brilliance allowed to shine through. I still hate Laguna, though. Even 20 years apart won’t change my mind on that.

Final Fantasy VIII isn’t without its flaws, and it spreads them fairly evenly across story, mechanics, and pacing. Happily, the speed boost on offer in the remaster fixes the pacing, which effectively papers over the cracks in the grind-heavy mechanics. What you’re left with is a fun, somewhat silly, and beautiful RPG. And on Nintendo Switch, you can play it anywhere. This really is the best way to play Final Fantasy VIII.