In 2013 alone Treyarch has released Call of Duty: Black Ops II, Naughty Dog have released The Last of Us, Irrational games gave us Bioshock Infinite, and of course Rockstar delivered a knockout punch with Grand Theft Auto V.  All of these big budget, triple-A games have been released and the year’s not even through, with games like Batman: Arkham Origins, Battlefield 4, Assassins Creed IV: Black Flag and Call of Duty: Ghosts all slated for a 2013 release. Whilst all of these big titles may seem tantalising, each game boasting stunning visuals and stellar game-play it’s not these sort of titles that form the crux of the video game industry, the crux is very much formed by indie developers and indie games.

Many indie games start their life on the PC, seeing as though it is easier to code for than either of the two current home consoles. Being on the PC allows developers to tinker with their game and update it for as much as they want, without any additional costs, this really helps as it allows indie devs to truly create their perfect game. Thankfully however if an indie game is doing exceedingly well on the PC and they are selling units, there’s a good chance that they will attempt to port their game to home consoles. Now this isn’t always the case, sometimes indie devs receive backing from either Sony, or Microsoft, to create their project for that company’s console, and when this happens, sometimes, only sometimes mind you, a gem is born

Last year Sony made a giant push in terms of the amount of indie developers that it brought over to the Playstation brand. Hotline Miami came to Ps3 and Vita, Closure, a platformer, that often made the player have a sense of claustrophobia also came to the Ps3. Games like Mutant Blobs Attack, Sound Shapes and Knytt Underground all came to the Ps3 and even Sony’s struggling handheld, bringing with them a burst  of fresh air to the Vita’s game library. And who could forget Journey?

ThatGameCompany delivered many people’s game of the year when they released Journey onto the Playstation Network in 2012. Journey took me just over two hours to complete yet still delivered one of the most emotionally impactful experiences I have ever been a part of. You walk, alone in across a desert with nothing but a beautifully melodic, Grammy award nominated soundtrack, and stunning visuals to keep you company. You start walking, with nothing in the distance, however after not very long at all your character gradually begins to take flight, as mysterious ruins come into sight on the horizon. It’s amazing how a single indie game can evoke more raw emotions than a title that hundreds of people helped create, and it can do this all of this in a time slot that’s shorter than an average movie.

In 2009 a phenomenon was officially released, and this phenomenon is called Minecraft. Minecraft was created by a one man team, a solitary man created something that took an entire generation by storm. Minecraft doesn’t look impressive, many people have compared it to a giant Lego set, and whilst in some respects a Lego comparison is very apt in others it is wholly unsuitable. Minecraft isn’t just a giant Lego set, can you fight monsters whilst playing with Lego? Can you travel to a fiery underworld whilst playing with Lego? Can you create the biggest treehouse the world has ever seen whilst playing with Lego? I think not. As I mentioned in my opening paragraph most indie games start their life on the PC before finally making its way to console, and Minecraft is no exception to this rule. Minecraft ‘was’ solely a PC game, that is until Mojang signed a deal with Microsoft in 2012. Minecraft is currently the highest selling XBLA game, ever, and doesn’t show any sign of slowing down. Recently, for one day, Minecraft over took the Call of Duty as the most played game on Xbox Live at that precise time. What does that mean? It means that at a specific point in time, more people were playing an indie game, originally created by a single man, than Call of Duty, the biggest gaming franchise of the generation. Mojang’s console exclusivity to Microsoft is about to be no more however, as Sony announced at their Gamescom 2013 conference that Minecraft will be coming to the Playstation 4, much to many’s delight.

So. Back to the question at hand. Why does the gaming industry need indie developers? The answer to me is simple, and can be summed up in three words: innovation, creativity and ambition. Now, I’m not saying that big, triple-A devs aren’t ambitious, or creative for that matter. Obviously, Grand Theft Auto V is one of the most ambitious projects ever, and clearly Media Molecules Little Big Planet is incredibly creative and imaginative, allowing gamers to unlock their personality by letting them create almost anything they can think of. Indie developers have one thing in their advantage however, they aren’t being told by any company how their game should play, or who it should appeal to. Indie devs are free to truly make the game that they want. They can convey the message that they intend to, and they aren’t being pressured into appeal to a mass audience in order to sell units, indie games are free to be as niche, or as mainstream as they want to be.

It seems as though indie gaming will have a more prominent role in the next generation of gaming with Sony in particular making a giant effort to ensure that their console is the one that indie developers want to develop for. With games like N++, Volume, Samurai Gun and The Binding of Isaac: Rebirth all coming to the Ps4. I hope that with the mass introduction of indie games in the next generation, we will see many more emotional, innovative, creative and ambitious indie titles come to the forefront. Recently titles like Gone Home have received critical acclaim and extensive media coverage, it has been praised for its story of exploration. With the next generation of gaming incoming I hope to embark on countless other voyages of discovery into unknown realms, an unknown realm called indie games. 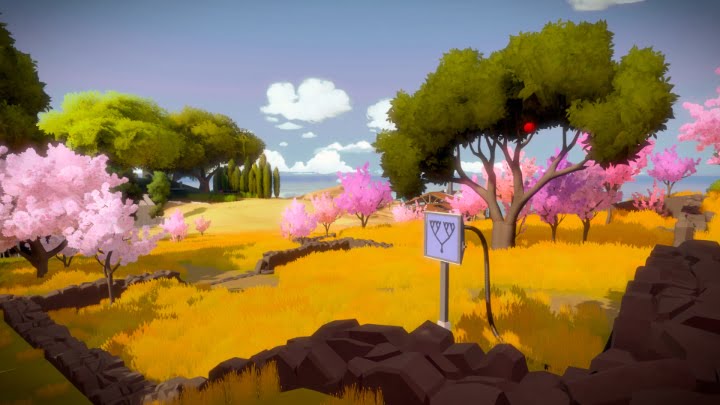 IF ‘indie’ THEN ‘amateur’; Are indie games too expensive?

When Jonathan Blow announced the $40 price tag for The Witness, consumers seemed shocked – why do we subconsciously undervalue indie development as amateur?
9 minute read

The Northern Powerhouse and Gaming: Will the Manchester scene catch up?

It would be difficult to argue against the idea that the UK is witnessing a creative renaissance in its gaming sector.
3 minute read
© 2022 Thumbsticks | Interesting articles about video games.