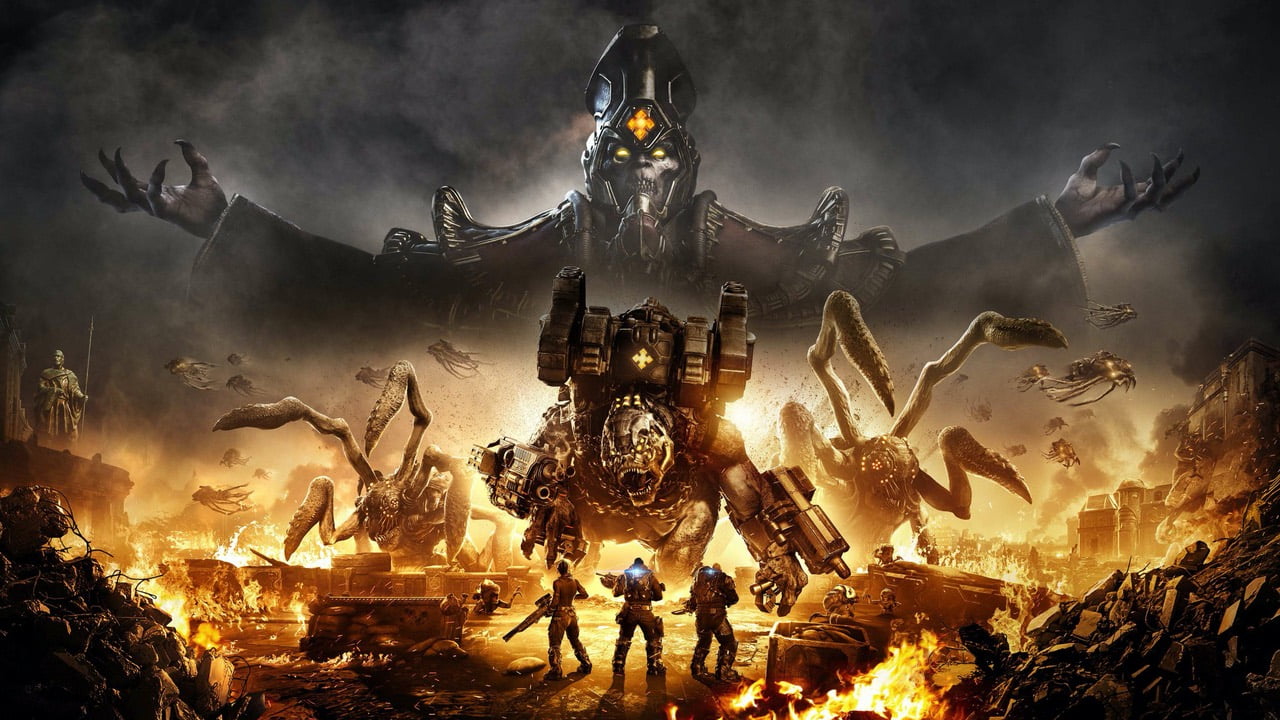 Gears Tactics is a new turn-based tactics game from Splash Damage and The Coalition. Like Halo Wars before it, the game attempts to transfer a franchise known for its visceral action into a whole new genre.

You can’t read about Gears Tactics and avoid the spectre of XCOM. Comparisons between the game and the beloved Firaxis franchise are numerous, but also favourable. Critics across the board are mostly positive about the game, which wears its influences proudly.

Gears’ trademark cover-based combat appears to be better suited to turn-based tactical gameplay than Halo‘s FPS mechanics are to real-time strategy. The game’s Executions system is also widely praised for bringing something new to the tactical party.

In summary, Gears Tactics is a welcome and worthy addition to a consistently strong series. Here’s our pick of the game’s reviews.

“While it first looks an awful lot like XCOM, which has inspired a wave of strategy games this decade, Gears Tactics plays differently. Every turn in XCOM is about the tension of how few moves you can make, the dramatic risk of missing a single shot and scrambling for a backup plan. Gears is more freeform, giving each of the four soldiers you take into a mission three actions per turn; any combination of moving, shooting, and special abilities you want. Every time one of your soldiers performs an execution move on a near-death enemy, the rest of the squad gets an extra action point for the turn, the game design equivalent of a platoon shouting Hooah!”

“There are moments in which Tactics does manage to be the successful marriage between Gears of War and XCOM that you might have hoped for, but as a whole package, I’m not convinced it’s ever quite as good as that. I applaud it for experimenting with some brand new ideas, as well as providing another solid entry point into the turn-based strategy genre for those who’ve not been convinced in the past. But with the likes of Enemy Unknown and XCOM 2 having paved the way before this, Tactics had some big shoes to fill and not even Sid Redburn (who looks to be a size 16, at least) could quite manage it for me.”

No scored – Review by Chris Bratt

“The fundamentals of Gears Tactics work, but Gears 5 did much more than just work. It pushed the formula forward. Moving and shooting and cutting up Locusts is a good time, even in a turn-based system, but that’s not enough to sustain an entire game. Every other element of the game — from the class system to the perks, to the way that missions and UI elements are designed — needs more refinement and care.

This is a near miss, but as anyone who has ever played a turn-based game will tell you, a near miss can be all the enemy needs to take you out. This is an interesting, but hardly essential, addition to the Gears family. ”

No scored – Review by Charlie Hall

“Nearly every single mechanic and system from the core series appears in a turn-based form, and most of them fit remarkably well. Downing enemies (then executing them) becomes vital, as it awards your squaddies extra actions. Rushing in with the Lancer chainsaw is an aggressive way to clear a path through an enemy, but only if you can reach them without taking overwatch fire. Not only do the mechanics and stylistic flourishes of the Gears series make sense in a turn-based environment, but you can build strategies around them.”

“No matter where you move or what you do, Gears Tactics really does look spectacular – nearly up to par with Gears 5 itself. Character models are fantastically detailed and the ruined, mostly urban environments of the planet Sera are elaborate. Animations are top-notch as well; coming from XCOM 2, I was impressed to never see anybody appearing to fire in the wrong direction or hover in the air for a moment before moving. Virtually everything looks and sounds like you’d expect a flashy Gears game to, including gory Lancer chainsaw kills that leave both chunks of Locust and blood splatter on the environment. Occasional cinematic camera shots zoom in on a wall with textures that don’t bear scrutiny up close, but other than that Gears Tactics is polished to a thrilling shine.”

“There’s a smart experience here, one that feels both authentically Gears and tactics. That’s the best possible outcome. Gears Tactics is a great Gears game and a great tactics game. This 90% doesn’t miss.”

“I’ve played a number of games that have come for XCOM‘s throne over the years, from Phoenix Point to The Dark Crystal: Age of Resistance Tactics. To me, Gears Tactics is the best of the bunch so far. It’s a fantastic-looking title that not only gives the tactics genre a slightly different focus, but stays true to its origins in a way that Halo Wars, for all its strengths, does not.”

“You’re always massively outnumbered by your enemies, with the locust horde coming at you by the dozen, and there’s an increasingly punishing array of enemy classes mixed in as the game goes on, from scampering bomb-creatures that move closer when you miss a shot at them, to anvil-faced priests who make the troops around them nearly invulnerable. But you never feel bullied, for lack of a better word. I’ve come across a few missions that stopped me in my tracks repeatedly, but I never got to the point of swearing at my screen, or throwing my hands up in appeal to an invisible referee.”

“The mission loop is fine at first but is a little tedious by the end. Each chapter consists of a half dozen or so missions and side missions, though there’s little variety to them. About halfway through the game, I stopped encountering new types of missions and new areas. By the end, you’ve done a lot of the same type of missions. I started to feel burned out on guarding supply drops or blowing up Locust stockpiles. Thankfully, the combat is so good that this wasn’t a dealbreaker.”

No scored – Review by Zack Zwiezen