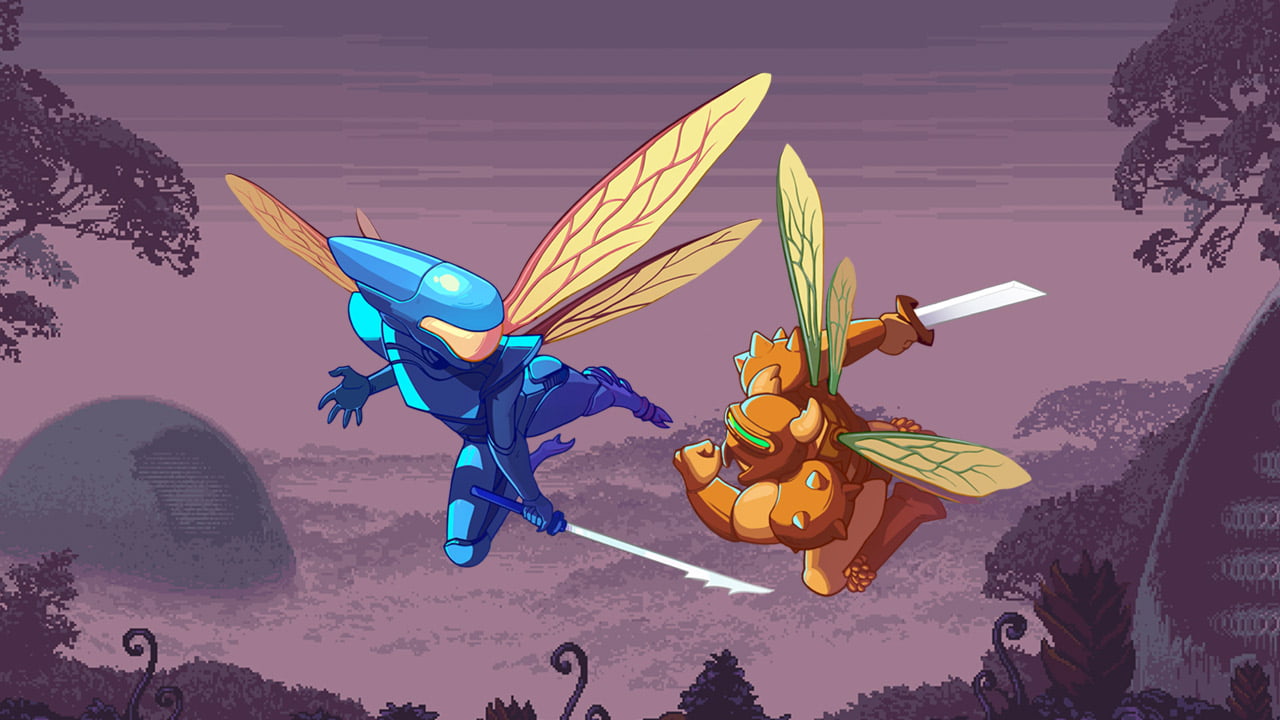 Bumblebear’s iconic arcade game comes to PC and console in a revamped format. But is Killer Queen Black as thrilling as the original?

Reworked as a 4v4 online and local multiplayer game, Killer Queen Black brings the hard-to-find arcade favourite to a wider audience on PC and Nintendo Switch.

Taking up the role of Queen, Soldier or Worker, players engage in a battle for supremacy across six multiplayer maps. Teams win a round by either returning enough berries to their hive, killing the opposing team’s queen three times, or by riding a large snail into their goal. It’s the balance of these objectives and the strengths and weaknesses of each role type that creates the game’s chaotic magic.

Reviews have been universally positive, with only small complaints directed at some occasional lag issues and the sheer amount of on-screen information to take in. Here is our temperature check of the game’s critical response. Snails!

“Minor gripes aside, Killer Queen Black is the very definition of a great multiplayer game: easy to learn, fun to jump into, and packed with the sort of clutch moments that make you jump up and cheer. The satisfaction of spur-of-the-moment decisions, like sniping a Queen from the other side of the map with a carefully-timed laser gun blast, knocking an attacker pursuing your Queen off-kilter with a thrown berry, or eagerly shoving yourself in a snail’s mouth pixels from the enemy goal in order to buy your teammates time to complete your berry hoard is consistently engaging”

“The beauty of Killer Queen is that every single piece of information is illustrated on-screen. You can see exactly what attack capabilities each warrior-worker has. You can see how many berries the enemy team has collected. You can see how far the snail has progressed toward your goal and how many lives your queen has left. A lot of the time, when your team loses, it’s because you weren’t looking at the right thing at the right time and communicating that threat out loud to teammates. This weaves collaboration into the game as a mechanic in its own right.”

Not scored – Review by Cecilia D’Anastasio

“Constantly balancing your duty as Queen to aggressively hunt down enemies with your need to stay conservative to avoid dying too often and throwing the whole match is great fun, but it never feels like you’re missing out when playing a drone, where your timing and dodging skills, and your decision making on objectives can affect the feel and outcome of the whole match.”

“Killer Queen Black is dense with visual information. Not only do you need to keep track of where your opponents are, you need to monitor which ones are the most immediate threats, which might be harvesting berries, how many lives the opposing queen has, which workers may have evolved into warriors, where the snail is — it’s a lot. It’s all presented on a single screen, and tension arises from trying to be situationally aware of all the ways the other team may be trying to beat you.”

Not scored – Review by Michael McWhertor

“Killer Queen Black offers a compelling multiplayer experience for both the lone player seeking glory in the online modes and groups of friends who just want to have fun. The game is easy to pick up, yet challenging to master, as the ways in which the different aspects of the game mesh together means that the player can never be complacent in their methods.”

“As a home version, Killer Queen Black cannot, almost by definition, recreate the thing that makes the original Killer Queen so special. But as a way to translate a fiendishly well-designed new take on multiplayer gaming into the hands of millions of Switch and PC players—as opposed to mere thousands of arcade patrons—it’s a worthy and welcome effort.”

Not scored – Review by William Hughes

Killer Queen Black is out now on PC and Nintendo switch. It’s due for release on Xbox One later this year. Visit our new releases section for more on this week’s new video games.

The best and worst weapons in Returnal