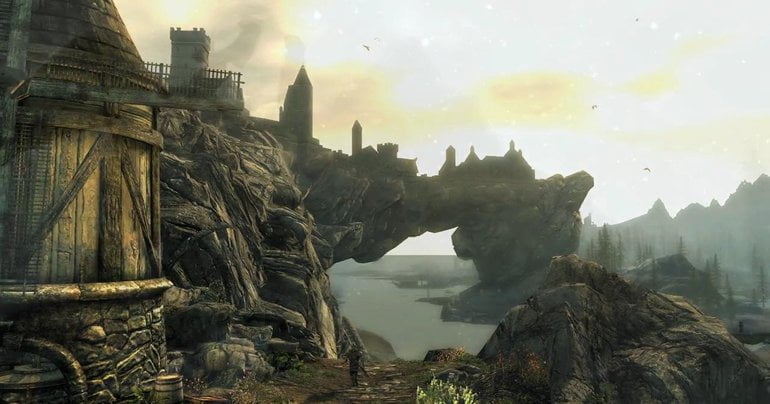 And if Galaxy 2 was starkly different to Dishonored, then the game that todays contributor has chosen is even more distinctly different than anything that has come before it on this list. Todays choice comes from Elliot Codling, and where yesterdays choice transported you to a completely different, wondrous, and imaginative setting, todays choice places you in a world that you have been before, a beautiful, tranquil, ideal place to live, well, almost.

1) What makes a game special in your eyes?

Doing something different or interesting. The best games always seem to balance a great story with entertaining gameplay. A special game has to have both.

2) What is more important, great gameplay, or great story?

It depends on the game, personally I will always choose story but I both are very important.

3) Which developer is your favorite in the industry today and why?

Bethesda, purely for the scale of their games. Fallout and Skyrim. Both amazing games filled with interesting characters, lore and hours and hours of playtime.

4) What was your favorite game of the previous generation, and what made it so special for you?

Bioshock Infinite, I was blown away by the universe. The visuals and all the little details were incredible. The story was amazing, I don’t think I’ve ever been so anxious to finish a game ever. The gameplay was solid, you were rewarded for exploration and the combat didn’t feel unfair even at higher difficulty levels. Woven into the game were many themes and messages but at no point did it feel “preachy.” It was just a fantastic experience all around and I hope there will be many more games like this in the future.

5) If you could only play one game this generation, what would that game be?

Skyrim, with such a huge world and so much to do it was the only one I could choose.

6) What sticks in your head the game’s defining moment?

The first time you slay a dragon and absorb it’s soul and everyone around you run up and exclaim “You’re Dragonborn!” and you turn slowly to look out over the fields and into the sunset and say quietly “Yes, yes I am.”

7) What makes your chosen game so special?

I think just the pure size of the  game. The world is beautiful, there are so many quests, so many things to find, so many different ways of playing the game. I can’t think of another that has matched it in terms of size and quality.

So there we have it. The third game to enter the Thumbsticks.com games of the generation list is Bethesda’s triumphant return to Tamriel, The Elder Scrolls V: Skyrim. A varied list so far which consists of an ingenious stealth game, an imaginative platformer, and an open-world behemoth. Bethesda have been partly responsible for two of the games on our list so far,  Nintendo for the other, keep your eyes on Thumbsticks.com for the rest of this week to see if these two developers make a reappearances in our list by the weeks end.