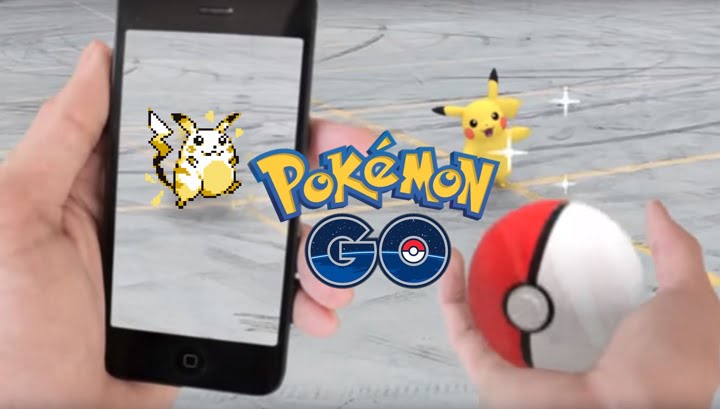 Since Pokémon Go started its gradual release upon the world, one word that has constantly crept up has been “nostalgia”. Given that my research revolves around this concept makes the impact resulting from Pokémon Go’s considerable success very valuable. But on a personal level, outside of my research, Pokémon Go doesn’t appeal to me on a nostalgic level. That does not mean I am not getting any enjoyment out of it. Catching Pokémon on my way to the university is great fun, and the broad appeal of the game has provided multiple instances where I have spoken to people I have never met before about Pokémon, which is much more enjoyable than the traditional British staple of the weather.

For me, and likely thousands of other people, Pokémon never went away. I was fortunate to grow up during the 90’s just as the Pokémon craze exploded in the West, but whilst many moved on after Red, Blue, and Yellow; I remained committed to what became a long running series. Pokémon Silver still remains one of the games that I have put the most hours into. On the whole the core series has been good at avoiding oversaturation, considering the Seventh generation of games is coming later in the year, given its 20 years of existence (in Japan at least). But it has also been fairly consistent with its releases (and more so given the parity of worldwide releases). This has allowed players to get back to catching and battling Pokémon without burning out on the premise. Although I will concede that Black 2 & White 2 are exceptions.

With the exception of Black & White (and the aforementioned Black 2 & White 2) and the original remakes Fire Red and Leaf Green, I have played one entry from all the different Pokémon generations. It is because of this that Pokémon Go does not bring out a sense of nostalgia, as I don’t have a deep down longing of seeing a Zubat again, because I caught one in Alpha Sapphire the week before Go’s release.

The exact understanding of nostalgia is not strictly straightforward (I wouldn’t be researching it otherwise), nor are its implications on people and the media they create. Therefore, it would be inaccurate to claim that I do not get any nostalgic feelings from Pokémon, as the collective franchise was a big part of my childhood that went beyond just playing the video games. So yes I do get nostalgic over the anime (even though it is still running, and Ash has somehow not aged, or became the very best like no one ever was), and I was delighted to find some old Pikachu figures from my childhood that had been packed away in a box for over a decade. But catching Pokémon in Go? Quite the opposite, I was excited because it represented something new. I can now catch Pokémon that are hiding in the real world using my phone. I couldn’t do that before

However, for many players of Pokémon Go, catching Pokémon again was something they hadn’t experienced in almost two decades. It was something that had been lost to their childhood, but had now been reclaimed. And for many (including Nintendo’s share value) it couldn’t have come at a better time, given the financial difficulties and uncertain future the generation that grew up in the late 80s/90s are currently facing. One of the main understandings of nostalgia is that it is a sentimental yearning for a former time, and as the present and the future do not seem to offer much, people will look wistfully to a happier time from their past, and for many Pokémon represents this, with Go providing the means to access their nostalgic desires.

It is the combination of a desire for nostalgia and a recognition of what has been lost, in addition to a competent Free2Play game (that doesn’t pester the player to buy its in game currency), that has contributed to Pokémon Go’s success. That does not however give carte blanche to any company to suddenly start bringing back any franchise from the 90s and turning it into a Free2Play mobile game and expecting it to be an instant success. The game has to be credible in its own right (Niantic’s previous game Ingress was the proof of concept for Go) and then has to be able to utilise nostalgia in a way that not only doesn’t detract from the core experience, but somehow adds to it. Then it has to be determined whether there are enough people who feel a sense of loss, along with a desire to reclaim that particular franchise.

Of course, despite the phenomenal success Pokémon Go is experiencing at the moment, it could all fade away just as fast it came about. It is difficult to gauge how much it takes to satisfy ones desire of nostalgia, but given the ever growing popularity of Star Wars that threshold can potentially be quite high. In which case the pressure lies with Niantic to carefully add to the game to keep it relevant. Nintendo is fortunate that there is another core Pokémon game (Sun & Moon) coming to its 3DS handheld later in the year, a game that, ironically, doesn’t have the same nostalgic cache as Go, but could benefit from long lapsed players now seeing it as an opportunity to return to the core series. Meanwhile, especially with the Japanese adverts, Nintendo seems to be making an active effort to appeal to a new younger audience to get them engaged with the series (possibly in response to the success of Yo-kai Watch in the country). As without invigorating a franchise with new fans, it risks becoming stagnant. Plus, without new people getting into the series, who is there to get nostalgic about it in the future?

Despite studying Politics at Undergrad and then War Studies at Master's level, James managed to write multiple essays relating to technology and more importantly video games.