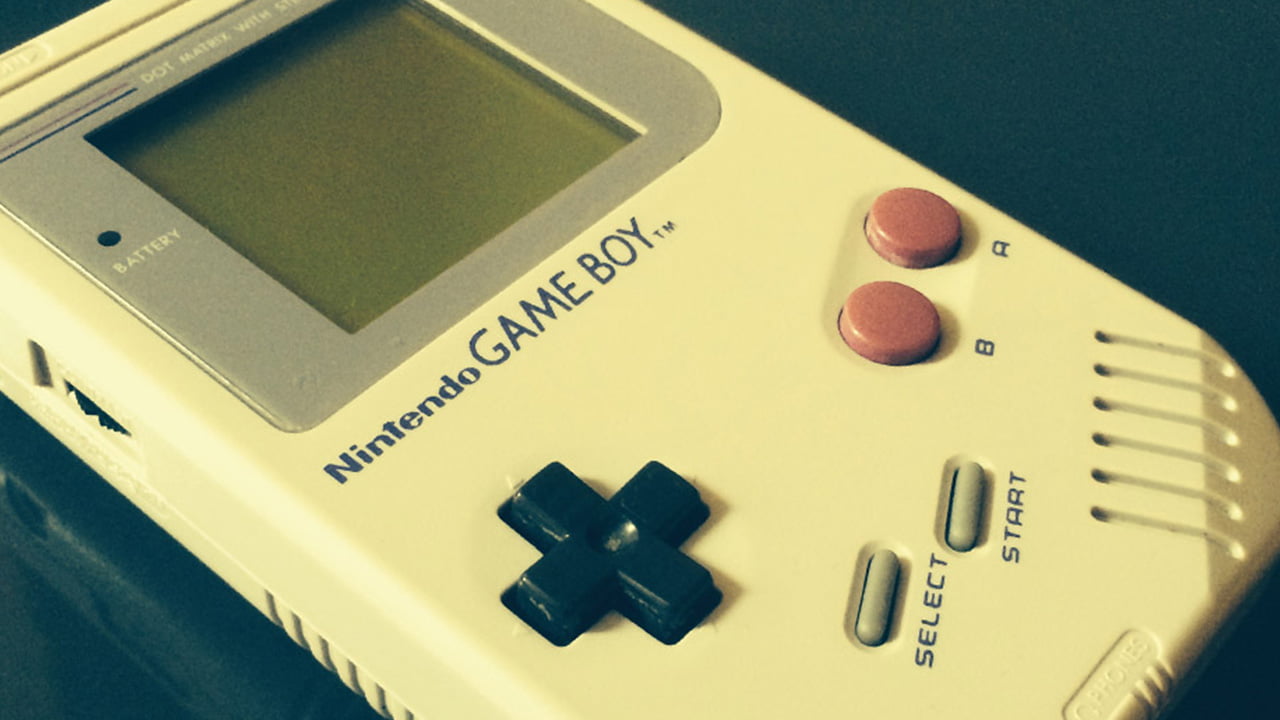 Nintendo’s breakthrough portable games console, the humble Game Boy, celebrates its 30th birthday this year. We reflect on its launch and impact.

The anniversary reminds me that since the day I received a Game Boy in late 1990, I have never been without a Nintendo portable at my side. In truth, I can take this story back even further. In the mid-1980s my family had at least three Game & Watch titles. They were rudimentary variations of Donkey Kong and Mario Bros but they nonetheless kept me occupied for hours and hours. It was a game and a watch. What was not to love?

Until the arrival of the Game Boy, portable gaming did not stand comparison with the pleasures offered by home computers and consoles. The arrival of a handheld system that used individual game cartridges changed everything.

Remembering those days reminds me that some things never change. Just as proponents of modern consoles continue to wage war, my friends and I displayed the same fanboy behaviours towards the first wave of portable gaming systems. As Christmas 1990 approached, we all faced a choice. Should we go for the sturdy but lo-fi Nintendo Game Boy or hold out for the prospect of Sega’s full-colour Game Gear portable?

In the UK of the late 80s, Sega certainly felt like the hardware maker in ascendance. Video games were chiefly played on ZX Spectrums, Commodore 64s or Amigas and among my friends, the Master System was the only games console of note. Sega somehow managed to make Alex Kidd and Wonderboy our heroes and there wasn’t an Italian plumber or elven adventurer in sight. The Sega Game Gear, with its cross-console compatibility, colour display and TV tuner was the obvious choice for us switched-on 12-year-olds.

However, that Christmas, I received a Nintendo Game Boy – bundled with Tetris – from my parents. It was an unexpected gift but one that shows they really did know what was best for me. For the duration of that holiday the entire family attempted to get the highest Tetris score. I vividly recall lying in bed, waiting for the sun to rise so I could have another go and I’m certain I had my first block falling dream. The Tetris effect got me early.

The only thing that stopped us playing was the eventual consumption of every AA battery in the house. Nonetheless, I was hooked and the Game Boy became a permanent fixture in my life.

Months later my friend Adam finally purchased a Game Gear. I couldn’t help but feel a pang of envy as Sonic the Hedgehog blazed across the screen in vivid colour. The backlit screen made us Game Boy owners weep and if you held the system at the correct angle, with the TV tuner antenna pointing at a full moon, it was just about possible to watch fuzzy episodes of Top of the Pops or The Krypton Factor.

To improve my Game Boy experience I had to indulge in a variety of magnifiers, lights and grips. I can only assume that Nintendo made as much money on these accessories as they did on the system itself. No stone was left unturned in my efforts to brighten the muted tones of the screen or make it possible to play the Game Boy in bed. But what is true now was just as true then. It was the games that made the difference. And the Game Boy had loads of them.

Over time my modest library expanded to include the likes of Super Mario Land, Balloon Kid, Golf, Teenage Mutant ‘Hero’ Turtles, Qix and Batman. These games were played, replayed, swapped and played again. The Game Boy lived in my bag, gradually becoming scuffed and scratched but always reliable and always ready to entertain me. The satisfying ‘ping’ as the system booted up promised adventure and excitement, albeit on a modest 160 x 144-pixel screen.

The Game Boy’s durability was one of the secrets to its success. It was pretty much indestructible, a perfect fit for kids, school bags and meddlesome sisters. I have no idea what happened to Adam’s Game Gear but my Game Boy led a long life until it was left behind on a train in one of the most genuinely heart-wrenching moments of my youth.

Even when it was time to move on, Nintendo had various upgrades ready. So ahead of a six-month backpacking trip I bought a Game Boy Color. Armed with Link’s Awakening, Metal Gear Solid, Pokémon Silver and, erm, David O’Leary’s Total Football I set off for far-flung shores.

The Game Boy Color was a constant companion on every flight, train journey and bus trip. My memories of Koholint Island are just as vivid as those of Australia’s Blue Mountains. Booting up that old copy of Pokemon Silver is all kinds of nostalgic. It’s a time capsule of those travels with each pocket monster named after a friend I met along the way. A HootHoot called Meg, a Vulpix called Geri and my roommate Suneel preserved as a level 20 Bayleef. I don’t know where these people are now but they are saved – along with my memories – on that little game cartridge.

In the years that followed I have owned a Game Boy Advance, a GBA SP, a Game Boy Mini, four flavours of Nintendo DS, a 3DS, a 3DS XL and now a Switch. I owe it all to the brilliance of that original, indestructible brick.

A few years ago I was at work on my birthday when a group of colleagues gathered around. I was presented with a mint-condition Game Boy console, complete with a wonderfully hefty carry-case. The excitement around the office was a testament to the impact of Nintendo’s revolutionary handheld. Everyone recalled their own childhood experiences and wanted to have “one last go” of Tetris.