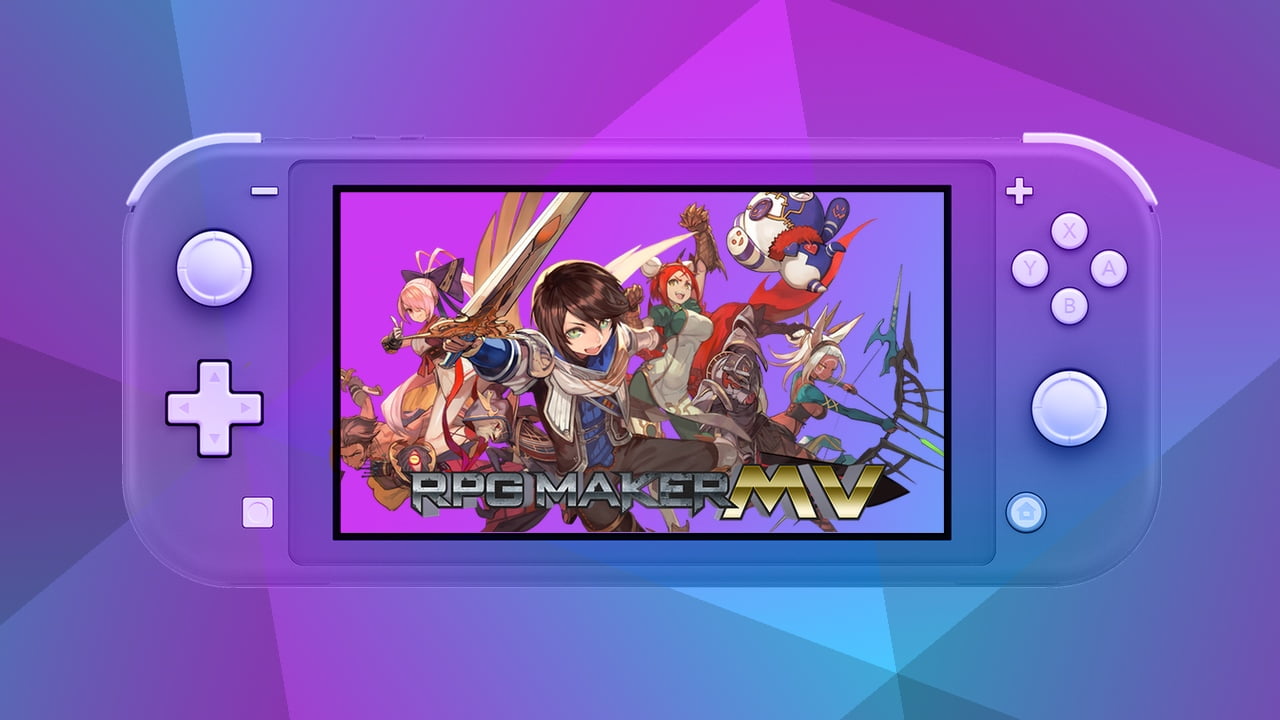 As far back as I can remember, I always wanted to be an RPG maker.

The tides of time, life, and a career have put paid to those ambitions, unfortunately. Unless I win the lotto or retire, I doubt I’ll ever find the time to learn how to program and design a game from the ground-up.

One hope is access to an increasing number of game-making applications designed to do much of the heavy-lifting and offer a guiding hand to aspiring creators. The RPG Maker series – currently under the stewardship of Degica – is one such example.

Ostensibly a program for PC and Mac, RPG Maker debuted in the early 1990s. The series has also made occasional appearances on consoles with versions produced for the Super Famicom, the original PlayStation, and most recently, the Nintendo 3DS.

The series has continued to grow in popularity by offering a comprehensive suite of tools that let users create 2D role-playing games that echo Pokémon, Final Fantasy, and Dragon Quest favourites of the past. Some developers have also pushed the boundaries of the platform to make genuine classics. Kan Gao’s exquisite To The Moon and Future Cat’s sublime OneShot being prime examples.

The most recent version of the program – RPG Maker MZ – was released for PC and Mac last month. Now, NIS America is bringing a port of 2015’s RPG Maker MV to PlayStation 4 and Nintendo Switch.

Unlike the Nintendo 3DS version – which was significantly reworked to suit to its dual-screen home – the console edition of RPG Maker MV is a seemingly straight port of the PC original. The decision to take this approach comes with its benefits and problems.

Let’s take the positive path to begin: It’s a seemingly straight port of the PC original, which is an excellent, full-featured game-creation platform with a mind-boggling array of configurable options. At a base level, anything you can create in the desktop version, you can also create here. That is a very big positive indeed.

For this review, I embarked on creating a small-scale RPG called A Short Adventure About Long Distance. Please be excited.

Development in RPG Maker MV is broken down into logical components. The map creation module lets you create overworlds, town maps, and interiors from a range of tilesets. The event editor is used apply conditions to almost every in-game object, creating reactions, triggers, and dependencies on a local or global scale. The battle system is similarly expansive, covering weapons, abilities, spells, items, and effects with every variable you can think of. You can also manage character classes and level progression with infinitesimal detail.

Keeping track of everything isn’t always easy, but development is underpinned by a well-structured database that organises everything from enemies and animations to weapons and party members. For the most part, if you can imagine it, you can make it.

If this, then everything.

The included selection of themed graphical assets is also impressive. At first glance, some of the in-game objects and building components look rather lacklustre, but they can be combined and used to create locations with variety and personality. One perk of the console version is the ability to recolour assets, increasing their usefulness a hundredfold.

There’s certainly an RPG Maker look that, despite your best efforts, you’ll never quite escape. Nonetheless, the tilesets are well designed and the results are often more impressive than you’d expect. The flexibility also extends to characters and NPCs. Mixing and matching character face parts is part Mii Maker, part anime fever dream.

On PC, RPG Maker MV is supported by a wealth of extra content that ranges from official DLC to plugins and user-created assets. RPG Maker MV on Nintendo Switch and PS4 has none of this. It’s reasonable to expect some official DLC packs in future but the absence of mods and plugins to enhance the experience is keenly felt.

And that’s the problem with RPG Maker MV on a console. The limits are just as evident as the possibilities. You can create a complex RPG, but only with the assets available. You can use character close-up images on dialogue boxes, but you can’t download the plugin to dynamically change them.

If this, then maybe that.

These niggles also extend to a user interface that is fundamentally unsuited a game controller. An action that would normally involve a quick mouse scroll and a right-click becomes a Monster Hunter-esque fumble of thumbsticks, triggers, and face buttons. The result? Simple. Tasks. Take. Much. More. Time.

Thankfully, RPG Maker MV on Switch supports a keyboard when docked, and in handheld mode. The touchscreen also is used for selected actions and is an absolute godsend when it comes to entering dialogue and text. However, such is the size of the Switch display you’ll need fingers the width of chopsticks to perform some of the more precise menu inputs.

Loading times are also an improvement on last year’s Japanese release, noticeably so when moving from the database to the map editor.

The other Lavos-sized compromise is the ability to export your lovingly-crafted creations for others to play. RPG Maker MV games on PC can be exported to a variety of formats and are playable on a range of platforms. Here, you’re restricted to sharing via the game’s native online library. Fortunately, the free RPG Maker MV Player app – available from the Nintendo eShop – lets your Switch buddies download and play your games at no cost.

As for the quality of games created in RPG Maker MV, well, that’s down to you. For this review, I decided to developer a slimline 15-30 minute RPG with light combat, town exploration, and a happy ending. Even a game this simple in scope takes a lot of time, but it’s a slow, pleasurable progression of inspiration, planning, testing, and execution. The process will definitely give you an appreciation for the complexities of video game development.

I was hoping to have A Short Adventure About Long Distance completed in time for this review. Alas, it’s mired in development hell while I untangle a spaghetti bowl of cause and effect. As soon as it’s complete, I’ll update this review. Please understand.

There are multiple products on console that aim to bridge the gap between a creative spark of inspiration and a video game. Across PlayStation 4 and Nintendo Switch, you can choose from Dreams, Super Mario Maker, Little Big Planet, Wargroove, PlataGo, and FUZE4, to name just a few. RPG Maker MV sits at the semi-professional end of the game-creation spectrum, but it’s accessible to newcomers and also has the benefit of a strong support community.

RPG Maker MV is not a shortcut to creating an excellent RPG, but it serves as an illuminating introduction to the principals and mechanics of game development. If you can cope with the idiosyncrasies of the console port, it’s an intuitive and fun to use game creation platform that can bring your RPG ideas to life.

As far back as I can remember, I always wanted to be an RPG maker, and now I am. Creating games in RPG Maker MV is more of a grind than I expected, but the platform makes levelling up game development skills an enjoyable experience. There are compromises on console, but it’s still recommended for aspiring game creators.