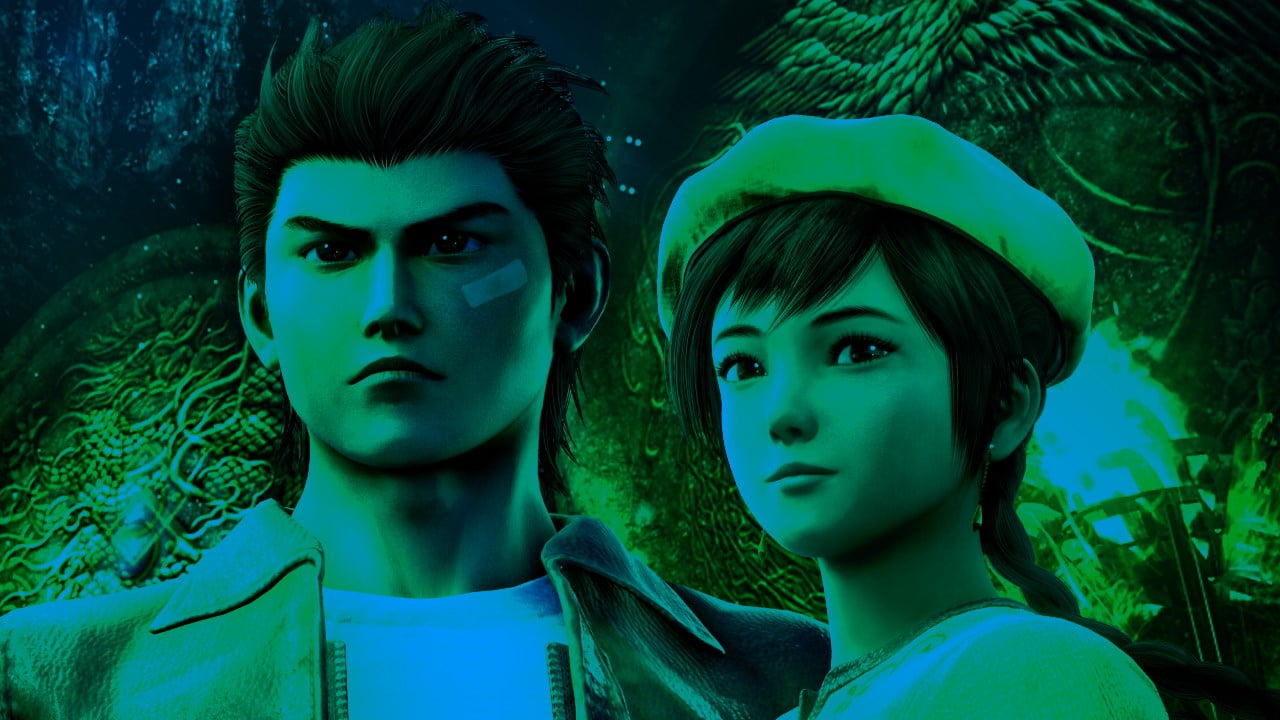 We went hands-on with Shenmue III at E3 2019 and it might just be the most fun we’ll have all week. (Just not necessarily in the manner in which it’s intended.)

“You’ve only got 15 minutes for the demo,” says the PR person from Deep Silver, “so let me give you a few pointers to help you get the most out of the time.”

“And whatever you do,” they continue, like an ominous portent of doom, “don’t touch the controller until you’re ready to start. The demo stops at exactly 15 minutes, whether you’re done or not.”

They then proceed to explain that we’re looking for a nefarious bloke with a scar on his face, and the goal is to kick his arse. If we want to do that, we’ll definitely need to go to the dojo and level up our abilities. But if we do that, we won’t have the chance to explore the distractionary delights Shenmue III has to offer, and that the series is so famed for.

We start the demo.

“Oh, sorry, you can’t skip this bit,” says the PR person, apologetically. The fact there’s nearly a minute of unskippable exposition at the beginning of a strict 15-minute demo seems almost cruel, but somehow, very Shenmue.

We decide that we want to go up to the village and partake in some of the minigames and other activities that Shenmue III has to offer, completion be damned.

“Whatever you do,” the PR person says, “make sure you press the blue button to start the activity. If you press the green button they’ll just talk and talk, and we don’t have time for that.”

It’s funny. Usually, the demo you’re presented is designed to be slick and polished, but Shenmue III is the exact opposite. For all the accusations over the years of E3 demos not being representative of the finished game, Shenmue III is, we suspect from our hands-on experience, accurate to a fault. It’s been lifted straight from a section of the game with little (or perhaps no) thought given to whether it will make for an impressive demo. The PR person is acutely aware of this, and in the final appointment of the day, they know what pitfalls we need to avoid to get through as much as the possible in the short, 15-minute window.

We go to the village shop and take part in a rhythm-based wood chopping minigame to earn some cash. We don’t make small talk or buy anything from the shopkeeper, though. We simply don’t have the time.

Instead, we hot-foot it along the riverbank – holding the right trigger to sprint as fast as Ryo’s legs will take him – to take part in some gambling, a Shenmue series staple. It takes us a couple of goes, but we double our money on a retro, pegboard pachinko game. Then the booth erupts into hysterics as we take place in a turtle-racing mini-game, both from the dialogue with the illicit turtle vendor, and the fact that it plays like the slowest ever race in Daley Thompson’s Decathlon. Tears are streaming, thumbs are numb, but everybody’s having a wonderful time.

We don’t really know whether it’s any good, but we’re all crying from laughter. It’s probably the most fun we’ll have all week, but we can’t say for sure if we’re laughing with or at Shenmue III. Probably a bit of both. There’s a touch of Stockholm Syndrome in the PR person’s eyes, and this is only day one. We feel for you. Stay strong!

Then we make our way to the man with the scar on his face and attempt the fight without first levelling up. It does not go well, but through the laughter, the PR person tells us that we did pretty well (and probably got second-closest to beating him, out of all the people who attempted it without visiting the dojo first). Flattery will get you everywhere, of course, but apparently, so will mashing buttons without any idea what you’re doing.

Combat in Shenmue III is, well, it’s also authentic to a fault. You can block, and dart around the arena, and throw punches, kicks, and knees with ease. Most of the time you’ll be spamming buttons but trying to time it well; occasionally you’ll stumble on a combo and do something vaguely impressive.

We still lose, but the consensus in the room is we acquit ourselves well. It’s, therefore, a little insulting when we’re told that our “kung-fu is weak,” so we sprint to the dojo to try and level up with just three minutes remaining. It’s like the strangest ever episode of 24, and that clock will not stop ticking.

Then we waste a minute involuntarily inspecting the names on the dojo’s sign-in sheet. Then we have an expositionary chat with the dojo master. Then we flap our gums some more, while hammering buttons in vain to try and skip the chatter. We’re given an opponent to spar with, but even with on-screen prompts, it still feels just as random as the previous fight. We don’t know how long we’re supposed to do it for or what we’re supposed to achieve, but when the fight ends on its own after a minute or so, our stats are levelled up.

We’re sure that by now we’d be strong enough to beat the man with the scar on his face, but the timer runs out just before we get back to him.

So what did we learn from our time with Shenmue III?

First of all, it’s hilarious. We’re not sure if it’s supposed to be, but it just is. And that’s fine. Not every game needs to be a grandiose epic, but it’s probably the earnest writing – combined with mannequin-stiff animations and laughable American voice acting – and ridiculousness of the scenarios that make it so amusing. That’s probably not the sort of emotional epic yarn Yu Suzuki is aiming for, granted, but perhaps everyone should just accept that Shenmue III is now a Tommy Wiseau-esque comedy and embrace it.

Second, it’s slow. We didn’t quite get the full experience of Shenmue slowness, because we were rushing around trying to complete the demo and do all of the ridiculous side activities, but every little thing took an eternity. It seems to have captured the lackadaisical nature of the first two games perfectly.

And third, it’s incredibly old-fashioned. From the horrific UI, robotic animations (for everyone but important characters) and hilarious voice performances, to the sloppy controls, weird minigames and floaty, random combat, everything about Shenmue III screams that it’s a game from a bygone era. But we suspect that’s probably not going to be a problem for fans of the series.

If you just want more Shenmue, exactly like they used to make, with no concessions whatsoever to modernity or quality of life? Then this is the game for you. (If, however, you’re looking for something a bit more modern, you can find most everything Shenmue does – and then some – in the fantastic Yakuza series.)

But however you slice it, if you go into Shenmue III with an open mind and a sense of humour, you might just find that it’s one of the silliest games you ever played. It’s not supposed to be, at all, but like Plan 9 From Outer Space or Manos: Hands of Fate, when did that stop people falling in love with kitsch, trashy things for their comedic value?