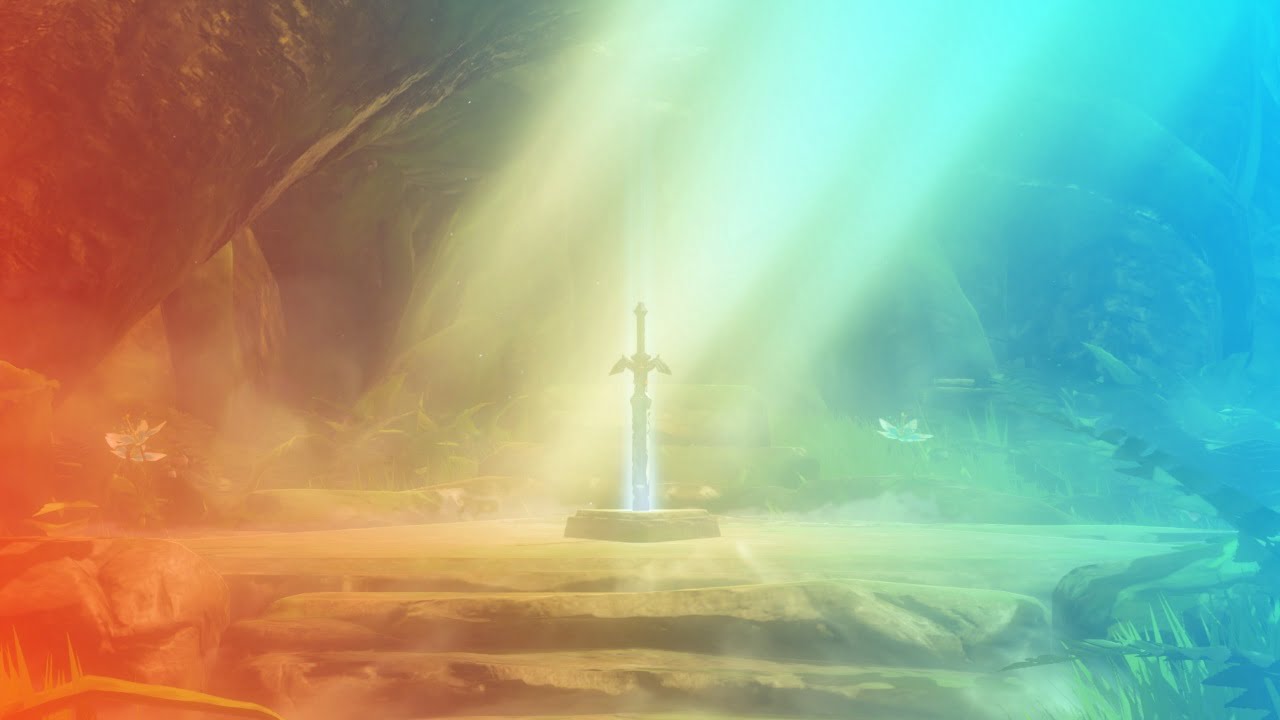 Nintendo has somehow squeezed loading times in Breath of the Wild, following a software update. Here’s just how much they squeezed (and how we tested it).

Nintendo has just released a virtual reality update for Breath of the Wild, to go with its VR Labo kits.

It’s not entirely comfortable – you need to hold the “headset” up to your face – and it’s very low fidelity (compared to the likes of Oculus Rift and even the PS VR). You probably wouldn’t want to spend 100 hours playing it that way, but to just chill out in your favourite spots in one of the nicest open worlds ever made? It’s quite lovely.

Dan’s written a handy guide for how to access Breath of the Wild’s VR mode, and one of the steps in the guide is to update your version of the game to version 1.6.0. Software updates often don’t just do one thing, however. Included with major features – like a new VR mode, in this case – there are often a plethora of bug fixes, quality of life tweaks, and improvements to performance and optimisation.

And, rumour has it, Breath of the Wild version 1.6.0 dramatically reduces the game’s loading times.

Loading times are one of the biggest nuisances when playing large, open world games. From varying LODs and billboarding (that’s loading lower-detail versions of in-game objects if they’re not close enough for you to notice) to frustum culling (that’s where the camera literally doesn’t bother rendering something if it can’t see it) to world-streaming technology (only loading stuff that’s close enough to the player to matter based on their position in the world), developers have used every trick in the book to reduce the amount of time we spend twiddling our thumbs on loading screens.

It’s not uncommon to see patches that reduce or “fix” loading times. They’re often rushed out in early life support to address specific review and early-adopter criticisms, like the day-one patch that fixed massive loading times in Anthem. It is more unusual, however, to see one over two years after a game’s initial release, as is the case here with Breath of the Wild.

With a game that’s been out for a while, like Breath of the Wild, improved loading times are a nice-to-have for most players. For speedrunners, however, shaving even a second off every loading screen or transition will make a massive difference. Over a game as big as Breath of the Wild, an improvement like this could see records tumble.

But when it’s not something that’s addressed in the official patch notes, it’s hard to know how much truth is in the rumours. That left us with only one option: we had to do some science.

In order to test loading times in The Legend of Zelda: Breath of the Wild, we first needed an earlier version of the game. As luck would have it, the install on my Switch was still at version 1.5.0. Bingo.

Then we literally sat, with a stopwatch, and tested how long it took from loading a save to the game being playable. For reference (and so that the test was identical) we considered the game “playable” when the world had loaded, the screen had faded in from black, and the first noise we heard on every load – the wind sound effect – kicked in.

We used the same identical save file – just outside Serenne Stable, if you must know – for each test. It’s a windy area, hence the wind noise as our “first” sound. Also, every test was done with the Switch running in handheld mode; mostly because it was a bit more convenient to tap the screen and the stopwatch simultaneously that way, but also for methodological reasons (see the assumptions below the results).

Here’s something you might not have realised, though: the first time you load a save from Breath of the Wild’s main menu, it takes longer than subsequent loads. The second load is faster than the initial one, then the next load is a little faster again. It makes sense when you think about it. The game’s massive world has loaded into the Switch’s memory, and in between loads, that area of memory is still accessible.

So in order to make the testing fair, we would do the following:

We ran through that four times, to generate some averages. We probably would’ve done it a fifth time, but when we went off to make a coffee, Breath of the Wild updated to version 1.6.0 while we weren’t looking.

So we repeated the tests, with version 1.6.0 this time, and the results are very interesting.

If you’re just looking for the TL;DR, here it is: Version 1.6.0 of Breath of the Wild definitely has faster loading times than the older version we tested, version 1.5.0.

For those of you who want to see more of the raw data, here’s a chart of all of the runs, across version 1.5.0 and version 1.6.0. As per the methodology above, that’s four individual save file loads – one just after the game has launched, then three subsequent loads – repeated four times, for each version of the software.

That looks pretty conclusive, and definitely shows that Breath of the Wild loading times have been reduced by the latest update (but of course, your precise mileage may vary).

For the sake of completeness, here are some additional observations and assumptions from our testing:

And that’s it. That’s the methodology, results, and some assumptions and observations from the testing.

Breath of the Wild definitely runs faster following the VR update, version 1.6.0, and in our testing it’s around 26% faster. That’s impressive work and, as we noted above, even more impressive when you remember the game has been out for two years (and probably assumed no more improvements were left to be made).

Exactly how they’ve done it, how they’ve made such massive savings? We have no idea. Maybe it’s magic?

Because when all is said and done, Breath of the Wild frequently likes to remind us of Arthur C. Clarke’s third law: that any sufficiently advanced technology is indistinguishable from magic.