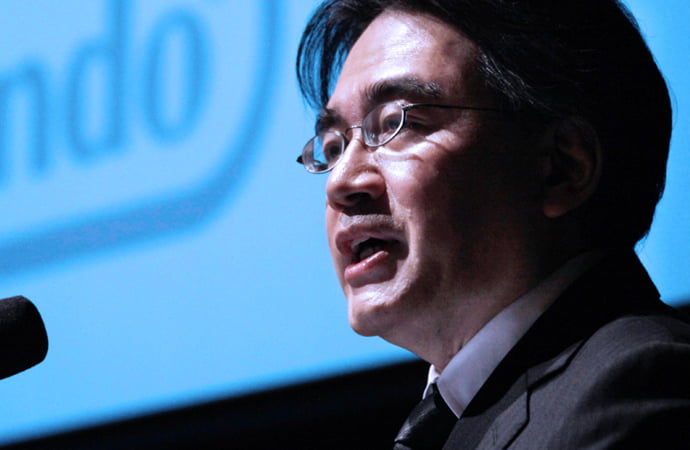 Today we say goodbye to one of the undisputed giants of video games. Nintendo’s President and CEO, Satoru Iwata, who has passed away at the age of 55.

Just yesterday I saw Iwata’s name appear on my TV screen, signing off the the credits to Kirby and the Rainbow Paintbrush. The game created by Hal Laboratory, the company where Iwata first came to prominence through titles like Earthbound and Super Smash Bros.

His work at Hal led to him being appointed as the fourth president of Nintendo in mid-2002. Under his guidance Nintendo revolutionised the industry, and its own fortunes, with the twin successes of the Wii and DS consoles.

During the twilight years of the Gamecube many considered Nintendo to be a spent force. But under Iwata-san the company came back stronger than ever. It’s a testament to his leadership that while Sony and Microsoft were slugging it out, Nintendo quietly opened up a whole new market and entered their most successful period since the early 90s.

Not every decision under Iwata was always the right one, but his choices were always brave, always favouring new ways to entertain rather than chasing technical superiority. When his instincts were proved right, the rest of the industry was quick to follow. Although, in most cases, the imitations always lacked that special something that makes Nintendo’s best products so popular.

Although the company struggled to maintain its success on the hardware front, the standard of Nintendo’s software has never dropped. The Wii U and 3DS have not have sold in the astronomic numbers of their predecessors, but they are home to some of the best games of recent times.

As president, Satoru Iwata’s name is at the end of all of them.

Iwata also changed the way the company speaks to its audience. Nintendo is no longer as secretive as it once was. Initiatives such as Iwata Asks and Nintendo Direct have opened the company up, letting us peer behind the curtain into the development process and discover more about the people making the games we play. Iwata was a developer’s president, wanting game creators to receive recognition for their work.

Nintendo’s communications are also delivered with much self-deprecating good humour. Only four weeks ago, Nintendo’s E3 push was fronted by Iwata in muppet-form. Right to the end he embodied Nintendo’s love of the fun and the unexpected.

Regardless of his duties as president, or the pressures from shareholders and Nintendo’s ever-enthusiastic audience, the art of play always came first.

On my business card, I am a corporate president. In my mind, I am a game developer. But in my heart, I am a gamer.”

When times were tough for Nintendo he actively rallied against making redundancies, instead halving his own pay. He wanted to keep teams together, keep morale high, and regain success through creativity and endeavour. We are only now starting to see the fruits of those decisions.

With the Quality of Life initiative, the move to mobile, and NX, Iwata’s influence on Nintendo – and all of us – will be felt for many years to come.

The Nintendo founding family’s website is a thing of beauty