The Walking Dead: The Game Season One Review

There’s one thing for certain, no game in my memory has touched me in the same way that Telltale’s The Walking Dead has.

Not only this but its grimy, heartfelt, and blood soaked story will forever be remembered and talked about  as the game that held a generation of gamers captivated, and didn’t let them go until its very last moment. The Walking Dead will hold a place in my heart forever as an experience rather than an exhibition in how games should play, and a few technical issues aside, it is perhaps one of the most important games ever created.

The Walking Dead game takes place in the same universe as the television show and the comic book, without ever merging completely with either, allowing the game to explore more of the terrible world that the series is set in. You follow Lee Everett, a man convicted of murder, and a little girl named Clementine, a character who has been left to fend for herself in a dangerous world that is no place for a child. The first time you see Lee he is being driven to prison by a warden who tells you that he believes that you are innocent. At this stage we don’t know what Lee is supposed to have done, and we are curious to find out more. Before we can learn any more about our protagonist, the car that he is travelling in is hit by a solitary zombie, or walker, and you are sent careening down the roadside and into the forest below. It’s a breakneck descent into the game, and before you know it, you are playing as a character that you know hardly anything about. From that moment on The Walking Dead never slows down, and that’s great. Right from the get go you are being forced to make life altering decisions in a very short amount of time.

Whereas other games that are affiliated with The Walking Dead licence have attempted a realistic graphical style, Telltale’s title has attempted a cell shaded approach, with immense success. Even when you are being stared down by a zombie, The Walking Dead never fails to be anything but gorgeous. The cell shaded style really helps you feel like you are taking part in a story straight from the comic book itself. Characters look hand drawn, and settings are beautifully crafted, even if beautiful and The Walking Dead being used in the same sentence is a bit contradictory. All of these qualities would mean nothing however if the story that they were aiding was monotonous or dull, once again however The Walking Dead’s story is anything but. The story that Telltale has weaved is heart wrenching, soul-destroying, morality breaking, uplifting, grim, dark and beautiful all at the same time, whilst never losing sight of what is important. And what is important? The thing that is most important, over anything else in a game like this, is the relationship between the two main characters. Immediately Lee feels that it is his duty to look after Clementine at all costs, and after not very long at all we put ourselves in Lee’s shoes, and take it upon ourselves to look after this helpless little girl. Everybody will take something different away from The Walking Dead, and that is what makes it so incredible. You, the reader, may chose to save characters that I let die, all because of something that he/she did in your story that didn’t even occur in mine. Like in one sequence where I had the choice to either let go of one characters arm and let him fall to his death in order to give the group more time to escape, or I could, and this is the option I chose, have pulled him to safety, putting the group in danger, all because he had saved Clementine earlier on in the episode.

And yes, I did say episode. If somehow you weren’t aware, The Walking Dead was brought out as an episodic adventure starting in April and ending in November 2012, the story unfolded over the course of five episodes, rather than being brought out all at once. I think that this aided the game as not only did it stop mass spoilers being leaked across the internet by gamers who completed it all in a day, but it also kept gamers chomping at the bit for more content, just like they do with the television series. And just like the television series each episode brought with it new emotions, and new dilemmas that our characters had to deal with. Just when you thought that the situation couldn’t get any worse for our protagonists, it does, and once it gets worse things never get better. Much like Cormac McCarthy’s, The Road, there are no happy moments for our protagonists, no respite, and no safe haven. Much like The Road, Lee and Clementine’s story is wonderfully crafted, incredibly bleak and destined to be remembered.

The game play in The Walking Dead is very accessible, and easy to pick up. Movement is mapped to the left stick, and a reticule that is used for selecting and using items is mapped to the right stick. It’s easy to control, and never detracts from the experience. The Walking Dead is not, like I said earlier, an example of how a game should play, often it is far too easy to lead Lee into a wall, or to spin, pointlessly round in a circle. The conversations between characters are what drives the games narrative, and your replies to other people in the world will have an immediate effect on how they react later on in the story, for better, or for worse. You reply by clicking the face button that corresponds with your answer and often you are forced to make a decision in split seconds, this could range from how you split up food between your group, to whether or not you leave someone to die, for the greater good of the party.

The Walking Dead is not a marvel in terms of game play, and that’s OK, it doesn’t need to be, as long as the game runs well and the story is captivating, the game has succeeded, and while Telltale have nailed one part of the above, the other part is annoyingly not up to par. Noticeable frame rate stuttering occurs frequently in The Walking Dead, especially when transitioning from one action packed scene to the other. On top of this texture pop in is present and accounted for, as well as some minor screen tearing. This is not all, although I didn’t encounter this problem myself, it is well documented online that save corruption/deletion has occurred in multiple cases.

The Walking Dead: The Game Season One Review

The Walking Dead: The Game Season One
5 5 0 1
With the television show returning for its fourth season in just over two weeks, I can't think of a better time for anyone who hasn't already played this masterpiece to pick it up, and for those who have already experienced Telltale's narrative replay it all over again.
Not only this but its grimy, heartfelt, and blood soaked story will forever be remembered and talked about  as the game that held a generation of gamers captivated, and didn't let them go until its very last moment. The Walking Dead will hold a place in my heart forever as an experience rather than an exhibition in how games should play, and a few technical issues aside, it is perhaps one of the most important games ever created.
5.0 rating
5/5
Total Score

It's time to say farewell to an old friend, for the final time. Make sure you keep that hair short.
5 minute read

The Walking Dead – A New Frontier Review in Progress

There's arguably never been a worse time to release a Walking Dead videogame. Will The Walking Dead - A New Frontier fare better than the TV series?
7 minute read 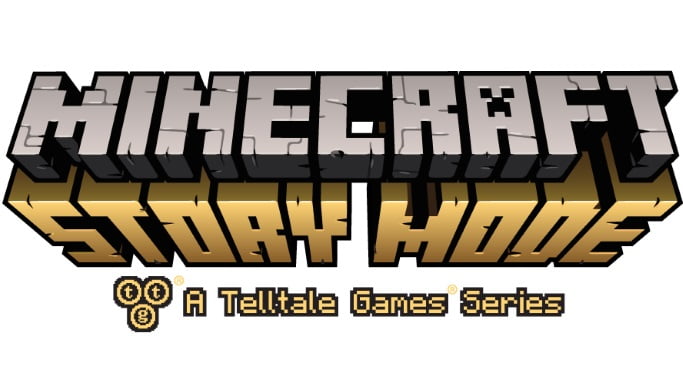 Minecraft the franchise is as big as they come, but it's not universally loved.
6 minute read

The Walking Dead: Amid the Ruins Review

Telltale Games doesn't pull any punches in the penultimate episode of the second series of The Walking Dead.
3 minute read
© 2022 Thumbsticks | Interesting articles about video games.