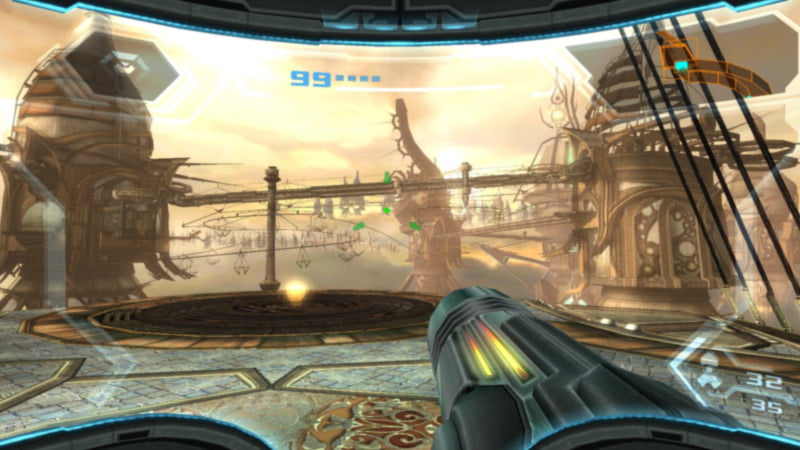 The Wii Remote. The Wiimote. The waggle-wand. Whatever you call it, Nintendo’s disruptive controller ushered in a big change to the home console market.

Between 2006 and 2011 the Wii was the world’s best-selling console. It carved out an audience comprised of committed Nintendo fans, and an expanded market of kids, parent and grandparents. However, despite its success, the Wii console, and its controller, were often given short shrift.

The recent reissue of Metroid Prime Trilogy on the Nintendo eShop has given me reason to dust off the old Wii remote once more, and it’s been a reminder of the device’s un-waggled potential.

Anyone who has played Wii Sports can attest to experiencing that initial moment of magic as you hit your first serve, or threw your first strike. In those instances the Wii Remote concept made absolute sense. The controller became invisible in your hand, dissolving the barrier between the player and the game. For a short while, the console’s Revolution code-name seemed more than appropriate.

Once the initial wave of enthusiasm subsided, the Wii swiftly fell from favour with the traditional gaming audience. ‘Waggle’ became the catch-all term for motion controls, no matter how well they were implemented. Nintendo themselves struggled to deliver upon that initial promise. They developed a typically enviable range of games, but few felt truly dependent on the little white controller. The under-appreciated The Legend of Zelda: Skyward Sword perhaps came closest to achieving Nintendo’s ambition, but, by the end of 2011, no-one particularly cared.

However, during that honeymoon period, nestled among those early releases, was Retro Studio’s Metroid Prime 3: Corruption, followed two years later by the anthology compilation, Metroid Prime: Trilogy. All three Prime games are of a high quality, but the first is almost flawless. Its precisely designed structure is so intricate that it feels protected from ever becoming dated. It’s the Tetris of first-person adventures.

Metroid Prime was widely acclaimed on its original release, with just one real bone of contention; its controls. The game eschewed the typical twin-stick configuration, and replaced it with a set up that emphasised the game’s exploration mechanics and relaxed pacing. It worked, but was always considered to be a slight blemish on an otherwise outstanding game.

With Corruption and Trilogy Retro Studios introduced motion controls to the franchise. It was a decisive dismantling of the constraints that turned some players away from the first two games. And at their first attempt Retro achieved what we all imagined when we saw those initial Red Steel trailers, a potential rival to the mouse and keyboard setup that was long acknowledged as the de facto method of controlling first person games.

Retro’s new control scheme was smooth and precise, with a liberating sense of motion and momentum. There were a few gimmicks but it was a long way from anything that could be saddled with the ‘waggle’ descriptor. Most impressive of all is the tangible feeling of distance and depth. The controls have the effect of extending the game space out toward the player. And likewise your actions serve to pull you in, making you feel like you are poking into the screen. It still feels new and progressive some eight years on.

Not the future of FPS controls

It’s tempting to suggest that the Wii Remote had the potential to be the perfect FPS controller. The flip-side to that argument is that a control method of this type could only work for a title like Metroid. It’s a game tempered with significant stretches of exploration, and with combat constrained to relatively confined arenas. The relaxed pacing is an essential element of the series, but it also plays to the strengths of using the Wii remote over prolonged periods of time.

Returning to these games, with some distance from the ever-present discussions regarding the Wii’s ‘last-gen’ specifications, there are pointers to a future that never arrived. If the Wii had enjoyed technical parity with the 360 and PS3, and a similar level of third-party support, Retro’s achievements may have had a bigger impact. But with the hard-core audience valuing technical and graphical performance above everything else, Retro’s quiet perfection of pointer controls was met with modest admiration, rather than widespread acclaim.

Activision, Ubisoft and EA all tried to repeat Retro’s achievements, but they never managed to make it work quite so effortlessly. EA came close with an admirable implementation in Medal of Honour: Heroes 2, but their efforts were wasted in such a routinely constructed game. Much was also made of High Voltage’s The Conduit but again, for all the finesse on show, the final product was hobbled by uninspired game design and a distinctly low-rent premise.

The Wii remote is now something of a technical dead-end. It remains supported by the Wii U, but lives its life by quietly playing the part of secondary controller. It took a studio at the top of its game to make the controller work successfully in the first person genre. It didn’t usher in the revolution we hoped for but, Retro’s work offers a fascinating glimpse of what might have been.