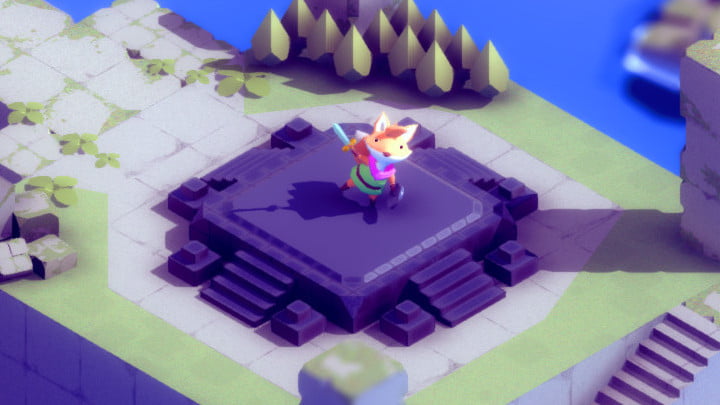 Tunic, formerly Secret Legend, was a game we hardly saw anything of at E3 2017, but it’s still one of our highlights.

Things I really loved when I was a kid:

That’s not an exhaustive list, by the way. I was also partial to the Ghostbusters, the Turtles, Thundercats, and Chip ‘n Dale: Rescue Rangers, but those aren’t really pertinent examples here. But The Legend of Zelda and Disney’s Robin Hood are very relevant if,  like me, you’re into vintage action RPGs and anthropomorphic foxes.

Tunic – formerly known as Secret Legend, until E3 2017 – sits smack bang in the middle of the Venn Diagram of The Legend of Zelda and Disney’s Robin Hood.

And presumably the name was changed because, erm, he’s wearing a tunic? And green-clad adventurers – anthropomorphic foxes or otherwise – always seem to wear tunics. Except in Breath of the Wild, where Link spends most of his time in his underpants. [Wait, what? You could put clothes on him? – Ed]

And at this year’s E3, as well as that name change from Secret Legend to Tunic, we got a shiny new trailer.

Except… that’s quite similar to the trailer we saw of Secret Legend at The Mix, from GDC 2017, isn’t it?

It’s a little more focused and a lot more polished, but that trailer shows Tunic is still basically the same old Secret Legend. And do you know what? That’s no bad thing, because it looks pretty damn perfect to us.