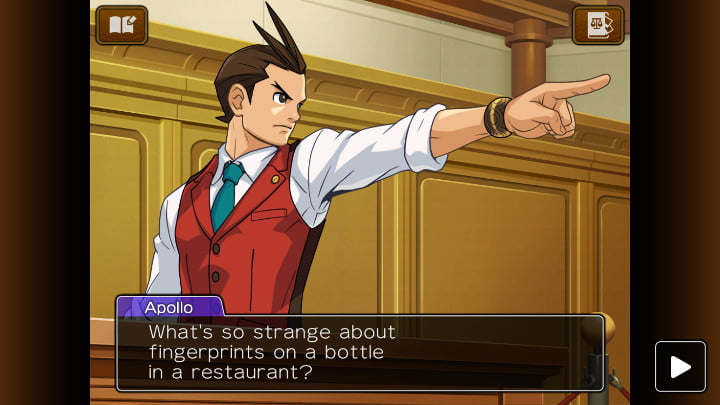 Objection! Actually, no, on second thoughts we’ll allow it – Apollo Justice: Ace Attorney is out now on iOS devices.

Apollo Justice: Ace Attorney is the fourth game in the Ace Attorney series, originally released in Japan in 2007 as Gyakuten Saiban 4, translated literally as Turnabout Trial 4. If that isn’t an appropriate title for one of Capcom’s legal eagle visual novel games, we don’t know what is.

Apollo Justice: Ace Attorney follows the adventures of the titular attorney, after the series original hero, Phoenix Wright was disbarred in his third outing. Other than that change-up, the game is broadly the same: the appropriately-named heroic lawyer battles to help his clients in a court of law, using fact-finding techniques, logic, and a poker-like sense for the ‘tells’ of NPCs while on the stand.

For the new iOS release, Capcom has been optimised the UI and graphics to take advantage of the superior resolutions and aspect ratios available with these current devices.  Additionally, the smartphone game will offer full English and Japanese language support.

Apollo Justice: Ace Attorney is available now for iOS, with an Android release to follow next week.